Haunted Wednesday, Where would you go?

What's your favorite haunt? Rather let me say, what would you like to check out to see if it was haunted? 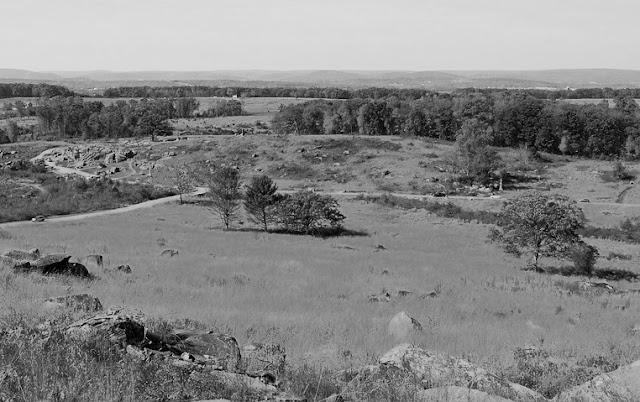 I, for one, love old cemeteries, the older the better. It's fascinating to see the faded dates and wonder what happened  - was there an epidemic, illness, death in childbirth? What type of life did these people live? Who were they?

You can get information on the famous burials, of course. But it's the unknown, those faded names on ancient tombstones that seems to call out for recognition... But what if they do call out?

I admit I visited lots of old cemeteries when I visited England, and no, I neither felt nor saw a ghostly or supernatural thing. Maybe I wasn't in the right places.

Tales of haunted graveyards and cemeteries abound. Have you ever experienced anything in one, or would you be afraid to go there? Here's a list of Haunted Cemeteries in Virginia.

I've heard that some of the most haunted places to visit are Civil War battlefields. Yes, I'd be interested in visiting some to see if anything lingered. You'd have to think that the places where so much blood was shed had to be touched by the supernatural. Would heartache, pain and so much death leave something behind? Here are some interesting thoughts on the Antietam National Battlefield in Maryland. Here are some of the supposed haunted places around Gettysburg Battlefield.

What about the cemeteries in Salem, Mass. where those accused of witchcraft were later buried followed the Witchcraft Trials of 1692? Haunted or not? See Historic burial grounds in Salem.

What do you say? Are such hauntings real or imagined? Have you ever had a supernatural experience?