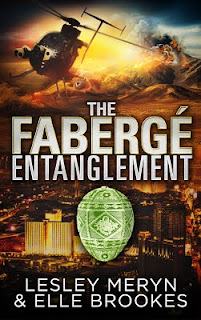 
Sabinne ‘Saber’ Darrieux’s father, the billionaire CEO of Frontenac Global Security has been kidnapped. His ransom is not cash in a numbered offshore account, or a briefcase of Bearer Bonds but something utterly unique, incredibly valuable, and until recently, hidden away from the world.

The kidnapper seems to know Saber very well, and knows that the next day, through her work as an elite translator she will be in the same location as the Object. She must steal the Object and deliver it to the kidnapper to ransom her father.

Adrian Steele, a British Intelligence agent has just come off of two harrowing missions. Upon returning to London for a well-earned rest, he learns that his friend and fellow agent, has been murdered in Moscow, but not before he made use of a unique Object as a mobile ‘drop site’ for the valuable intelligence he was carrying.

The drop site is traveling from Moscow to England. Steele insists on completing the mission to honor the death of his friend, Gerry Cornell.

At an ultra-chic quasi-diplomatic gathering in a mansion in Windsor, England, Saber and Steele meet and find themselves faced with a powerful, undeniable attraction. But at the moment, this compelling attraction is very inconvenient.

In reality they are at the mansion to check out the security arrangements — for their own reasons — to steal the Object, a Fabergé egg worth thirty million dollars. But who will get to the egg first?
Fabergé eggs are very famous for their unique surprises. Saber and Steele are about to be very surprised, indeed.

And when Saber clashes with Steele; more than sparks will explode!

The engine of the performance-tuned Mini roared under his expert handing as he shifted into higher gear. Her eyes flickered down to the tachometer, then to his serious profile.
"Why do you want the egg?" Saber asked bluntly. She glanced out the window, recognizing the road turning. She had to do something quickly or she would be lost. In more ways than one.
"If I told you, then I'd have to kill you,” he replied through a clenched jaw, only half joking.
"Kiss me again, and it'll be worth it," she whispered as she leaned into him. Her warm breath tickled his ear. She edged even closer.
She reached down pulling up hard on the parking brake with her right hand, grabbing the steering wheel with her left at the same time. She wrestled with the wheel, trying to maintain control as the little Mini Cooper S wove madly from side to side, spun in a half circle and shuddered to a stop in the deserted road.
He stared at her, looking deep into her bottomless eyes.
She stared back into his eyes, licking her lips.
"You've got very interesting ideas about foreplay," his voice just barely above a whisper, his heart thundering faster than before.
"Is that what this is?" she asked of him, breathless.

Elle Brookes is the author of the first two books of the Time Frame Series. She loves travel, discovering new foods, reading and writing. She currently lives in the central highlands of Costa Rica with her cat Nikola and her hedgehog Quiller.

It's February - the month for LOVE. I have an interesting mix of books this month, some with a bit of romance, too. And sometimes, well, love has a BITE to it and can also transcend time and space. Heh-heh.  Dig in! 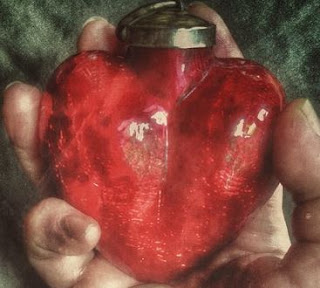 Haunted House, A Novel of Terror, J.A. Konrath - Eight people, survivors, are chosen and paid $1 million to spend a night in the old Butler house where the murders occurred - a house that is supposedly haunted. There is something evil here...  things that kill slowly and delight in your screams.

Restless Spirits Boxset: A Collection of Riveting Haunted House Mysteries, Sklar Finn - The Haunting of Meade Mansion, 1-3: A small Colorado town... a mansion overlooking a bluff... an unsolved murder that has gone too far. The Haunting of Riley Watson, 1-3: A fake psychic finds herself in the middle of a real haunting and realizes she's one of two people who can communicate with the ghosts.

The Haunted House, A True Ghost Story, Walter Hubbell - Account of the author's visit to the supposedly haunted house in Nova Scotia from 1878 to 1879. (Free version, with typos. Other versions are free on the web.)

Cataclysm Epoch, (Valkyrie Chronicles Book 1), Paul Heingarten - The nation of Lebabolis with its seven sectors stands as a last hope for a ravaged Earth. But Lebabolis demands absolute loyalty from its citizen "Products", who face chemical alteration if they can't or won't follow the law. When the Action, the resistance, is put in jeopardy, Ana must decide just how far she'll go for family and survival.

Mindscapes Unimagined: An Anthology of the Supernatural, Science Fiction, and Horror - Over 350 pages of fiction from international authors exploring everything from monsters to the supernatural. Some great short fiction featuring hodags and "little" people, to djinns and more!

Nevermore - A Novel of Love, Loss and Edgar Allan Poe, David Niall Wilson -  A dark, historical fantasy filled with romance, southern charm, and all the trappings of a classic historical romance. Follow Edgar Allan Poe and Lenore into The Great Dismal Swamp and experience one version of the birth of Poe's famous poem, "The Raven."

The Coven Heir (Coven Series Book 2), Lily Luchesi - The Princess, Harley Sinclair, is building her potion business and planning a wedding to James Quigley, while still taking lessons from her father, the Coven King. When a mysterious stranger appears back from the dead, his words of warning of another Dark Clan rising might change Nick and Harley's lives forever. There's a death witch in the Coven, and she has her sights set on the Princess.

Executive Severance, (Twitstery Twilogy, Book 1), Robert K. Blechman - In this Twitter-composed, illustrated humorous-mystery, Willum Morticus Granger "was beside himself. In fact, when his body was found the top half was right next to the bottom." The victim rises and the investigating detective soon realizes his "out-of-body" experience isn't just because of the victim's daughter. (The series continues with The Golden Parachute and I Tweet, Therefore I Am.)


The Bone Shroud, Jean Rabe - A trip to Rome finds museum archivist Irem Madigan;s plans to attend her gay brother's wedding drawing more trouble than the dig for what's supposed to be Attila the Hun's bones. Something's not right, and when she's shot at and nearly killed, someone wants to make sure she doesn't know what.  Maybe that nice Roman policeman can offer her more answers, too, and not just about what's going on...

Windwalker, (The Prophecy Series, Book 1), Sharon Sala - She didn't want to be claimed by any man. But he is no ordinary man and she is a Red Feather Weather who must gather her people before the Firewalker - the meteor- comes. (Majestic covers and great Indian history story with a touch of the paranormal. I enjoyed book 2, The Dove. The story continues with The Gathering, Book 3.)

Last Another Day, (Dangerous Days, Book 1), Baileigh Higgins - What says "love" more? Trapped in the shower by her undead husband, Morgan prays for rescue but soon realizes she's on her own...

Lizzie Borden, Zombie Hunter , C.A. Verstraete - Lizzie Borden faced the gallows after being arrested in `892 for murdering her father and stepmother. She's acquitted, but there's more to the murders than meets the eye. Can she clear her family name, face an undead crisis, and even discover love when not everyone can be trusted?

Romero and Juliet: A Tragic Tale of Love and Zombies, Dawn Peers - What says love better than the classic tale - with a twist plus love, gore, and sarcasm?  Torn between their warring families and trapped by the waves of the undead crashing against the city walls, what chance do our young couple stand at having a future together?

The Head Hunter, (Zombified Book 1), Kindra Sowder - Year 2020: Caesar Meldano, Area 51 scientist and operative, survives the meteor strike that will change the world, creating a new threat to humanity. Year 2027: The Government of Defense becomes the new world order while Caesar lives a life of seclusion, everything he has ever known gone in the wake of the creatures brought to life by the Syc Parasite brought to Earth by the meteorites.

If you're a Stephen King fan, (I am!) then there's lots of good stuff coming up. Can't wait!

Pet Sematary is one of my favorite books.  (I should read it again; it's been a while.) The original movie was good, so this one will be fun to see.  The tagline says it all - They don't always come back the same. The movie comes out April 5.

King's epic apocalyptic novel, The Stand, also another favorite, will be a new 10-episode TV series coming to CBS. (Disappointment! I see it'll be on streaming CBS All Access. Hopefully it comes to other channels.) I enjoyed the original 1994 series they made, especially the depiction of villain Randall Flagg. We'll see how this goes.

Wow! IT: Chapter 2 is also coming out Sept. 6.  See the what's-known-so-far trailer on IMDB. I really liked part 1, which is a remake following the 1990 TV mini-series, (which also was good.) Also check out the book link for IT. 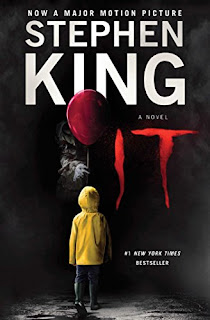 Here's the trailer for IT, part 1.