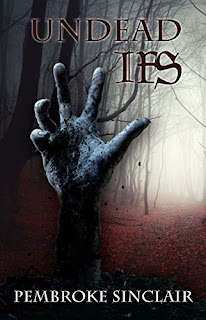 Undead Ifs - Book 3 in the Ifs series.
The boys discover more than good times hanging out with the Ifs, however. It doesn’t take long for them to realize that something sinister is buried just beneath the surface of celebration and fun. Something is in the trees, hiding in the shadows, something that may or may not be undead.

Could Gage be behind whatever evil lurks in the woods? Or is this a new danger? Join Landon and Broden in their new adventure to discover what wicked thing threatens their world.
(Read the series: The Ifs (Book 1); The If's Return! (Book 2) 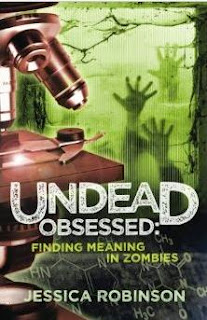 Using film, literature, and interviews with experts, Robinson examines how zombies portray real-world fears such as epidemics, mind control, what may or may not exist in space, the repercussions of playing God, and the science behind the fears. Robinson's goal is to explore how zombies become a metaphor for our fears of science and what could happen if science gets out of hand.

on Amazon - Kindle and in print.

See Table of Contents and Chapter One excerpt here. 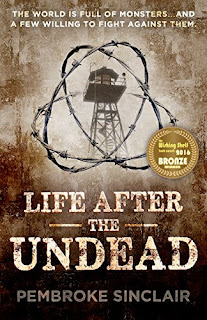 Life After The Undead

Seventeen-year-old Krista must quickly figure out how she's going to survive in the zombie-destroyed world. The one advantage humans have is that the zombies hate humid environments, so they're migrating west to escape its deteriorating effects. The survivors plan to construct a wall at North Platte to keep the undead out, and Krista has come to Nebraska to start a new life.

Zombies aren’t the only creatures she has to be cautious of—the other survivors have a dark side. Krista must fight not only to live but also to defend everything she holds dear—her country, her freedom, and ultimately, those she loves.

Join Krista in her quest to survive in this thrilling apocalyptic novel by Pembroke Sinclair. 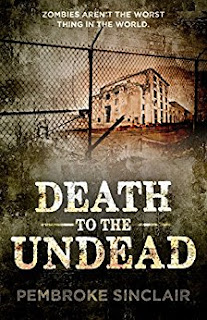 Death to the Undead

The battle that began in Life After the Undead continues.

Tough teenager Krista escaped to the safety of Florida after her parents were killed by the zombie horde. She united with General Liet, a distant cousin, and moved with him to North Platte to help build a wall to keep the zombies in the West. Krista fell in love with Quinn, a survivor and fighter from the zombie-infested wildlands of the West, and together they freed the garrison at North Platte from the power-hungry Liet.

But zombies aren’t the only enemy they have to face...

Now, North Platte is free, but Liet was not the only one using the zombie apocalypse to control their people. Florida is ruled by five ruthless Families, who use intimidation and the threat of the zombie horde to coerce their populace. Krista and Quinn hatch a desperate plan to run guns into the state and help the people revolt. Krista and Quinn, labeled as rebels run for their lives when the Families attack North Platte. The Families want them captured, the zombies want to eat them, and other survivors want them dead. Caught in between powerful forces, they must survive long enough to devise a new plan and put it into action, all while trying to solidify their new relationship and trying not to self-destruct in the meantime. 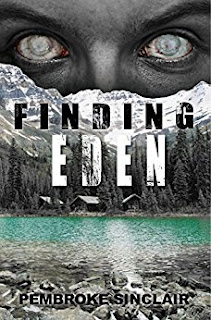 Drunk womanizer Duke, spends his life selfishly taking care of himself and screw the rest of the world. After one particular black-out alcoholic binge, he wakes to find the world changed—the dead are rising from their graves.

Lonely, guilt-ridden Hank is someone who minds his own business, and sympathetic but strong-willed Lana is on the receiving end of harassment by other students.

Forced together for survival, the three misfits must confront their world gone strange. God said the people of Earth would be punished for their sins, and so the end has come. Duke, Hank, and Lana must walk their own paths to salvation, but they also must depend on each other.

Will their salvation lie in Finding Eden?