In Search of a Witch's Soul Tour #noir #urban #fantasy

I love this cover! Today I welcome D. Lieber, author of In Search of a Witch's Soul, a magical detective and urban fantasy story.

Human,private detective Anna Caill isn’t keen on the prohibition of magic enacted bythe 18th Amendment, but she won’t deny it’s good for business. The coppers couldn’t care less about the witches’ problems, giving her any number of clients to choose from.
When mysterious witch Jesse Hunt saunters into her office, he and his case will test her limits. While a killer stalks the magical underworld, Anna is hired to find Jesse’s friend, the high priest of an ancient coven.
As her case unravels, Anna is forced to confront her addiction to a dark spell in this urban fantasy noir.
Excerpt:
People crowded the streets on their routes to work. Huddled in their dark winter coats with their hatted heads tucked in to keep their necks warm, they looked like a waddle of penguins as they shuffled along. The enjoyable crisp air of autumn had given way to the blades of winter wind. It hadn’t yet snowed, but I looked hopefully at the clouds overhead.
I loved the first snowfall. Everything was so fresh, and the pure white flakes covered the filthy, scarred face of the city. I knew the grime was still there, but it was nice to pretend. My one vain belief in life was that if you pretended long enough, you could convince even yourself.
Holiday decorations already sparkled in the shop windows though Thanksgiving had only been the week before. Even in light of that, everyone seemed more excited than usual. I stopped at a newsstand.
“What’s happening, Mac?” I asked the man next to a shrinking stack of newspapers.
“Ford released the new Model A. Want to see the photographs?” He held out a paper to me.
“No, thanks.”
I continued down Huntington Street until I hit Wilbur Avenue. As expected, the squawkers were gathered on the corner. Their leader stood on a soapbox, preaching to anyone who’d listen.
“The Devil’s got his claws in you, but you don’t have to be a witch. Come toward the light and let Jesus Christ save you. This magic you practice corrupts God’s plan for you. It tempts you away from his path…”
The tirade went on as usual, and I tried to pass as quickly as I could. They’re born witches, you imbeciles. You already got magic banned for humans. What more could you possibly want?
I knew I shouldn’t let them irritate me every time I saw them, but then I thought of how long witches had lived in the shadows and how far we’d thought society had come. Of course, while the revelation that magic exists had delighted many, others quaked in fear and felt the need to squash what they didn’t understand and could never possess.
After turning on Wilbur Avenue, I went into a large house with an unimposing sign in the window, which read, “Clinic for Internal Medicine.”
The reception area was like any other physician’s home. There were uncomfortable looking chairs for waiting clients and a commanding nurse, who doubled as a secretary. The white walls were severe against the dark, hardwood floor.
The clinic couldn’t have been open for long because there was only one patient waiting, a woman round with child.
My heels clicked on the floor as I ankled to the nurse’s desk.
“I’m here to see Dr. Zodiac.”
Though the nurse had seen me many times, including the day prior, she stared at me hard to determine my purpose. Finally, she nodded. “The doctor is available at the moment. Go to the door at the end of the hall.”
I thanked her and went through the closed door behind her. I passed a legitimate exam and surgery room before I reached the end. After entering an inconspicuous door, I climbed down a flight of stairs, dimly lit by a naked bulb overhead. A thick carpet muffled the sound of my descent.
When I reached the solid, iron door at the bottom, I knocked in three groups of three. A slot at eye level slid open.
“The archer can never shoot the flame because it’s within him,” I whispered to the eyes.
Metal scraped, and the door opened. I entered the tunnel of Starlight Avenue. Though the tunnel was raw earth, it was smooth and well-lit by electric lights every few feet. At various points, it branched off into other tunnels, all of which led to different destinations that could fulfill any magical need.
About the Author: 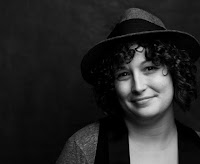 D. writes stories she wants to read. Her love of the worlds of fiction led her to earn a Bachelor’s in English from Wright State University. When she isn’t reading or writing, she’s probably hiking, crafting, watching anime, Korean television, Bollywood, or old movies. She may also be getting her geek on while planning her next steampunk cosplay with friends.She lives in Wisconsin with her husband (John) and cat (Yin).
Posted by CA Verstraete at 12:00 AM 1 comment:

It's March... already? Time got away from me, so I'm catching up here with some literary gold! (art: https://www.fg-a.com/StPatsday.htm)

I've really been drawn to Haunted house books lately... Here are some that sound good, plus some other spooky, eerie reads and a bunch of zombie books!

The Haunting of Hill House, Shirley Jackson - The classic haunted house story! Published in 1959, four seekers come to Hill House. At first they experience what seems like unexplained phenomena, but the house is gathering its powers - and soon will claim one of them as its own.

The House by the Cemetery, John Everson - Rumor has it that the abandoned house by the cemetery is haunted by the ghost of a witch. But rumors won’t stop carpenter Mike Kostner from rehabbing the place as a haunted house attraction. Soon he’ll learn that fresh wood and nails can’t keep decades of rumors down. There are noises in the walls, and fresh blood on the floor: secrets that would be better not to discover. And behind the rumors is a real ghost who will do whatever it takes to ensure the house reopens. She needs people to fill her house on Halloween. There’s a dark, horrible ritual to fulfill. Because while the witch may have been dead... she doesn’t intend to stay that way

This House is Haunted, John Boyne - A governess goes to a new position in Norfolk in 1867 and finds two children with no adult present. She soon finds herself followed by a malevolent prescence. For her and the children to survive, she must uncover the house's long-buried secrets.

Of Blood and Bone, (Chronicles of the One book 2) Nora Roberts -  The city she lived in is in ruins since the Doom sickened and killed billions. Now those like Fallon, who have gifts, are hunted. The time is coming when her gifts can no longer be hidden.  (I'll be starting this shortly. I read book one (last year?) It's been awhile, so I forgot the story. I was intrigued enough to look for book two, so we'll see.)

Lizzie Borden, Zombie Hunter,  C.A. Verstraete - What really happened when Lizzie Borden supposedly picked up an axe and killed her father and stepmother in August, 1892? What if she had a reason to kill?

Free at time of listing:

Broken World, A Post-Apocalyptic Zombie Novel, Kate L. Mary - Follow a group of survivors on a journey that spans eleven books and twenty years as they search for safety in a world overrun by the dead...


Contamination: Zombies are Human book 1, Jamie Thornton -  A plague ended the world. A drop of blood can change you. Sometimes it fills you with rage. Sometimes it does something else.

Since the Sirens (Sirens of the Zombie Apocalypse, book 1), E.E. Isherwood - The sirens are bringing in the zombies. Liam's distraction today is called "survival."

The War on Horror: Tales from a Post-Zombie Society,  Nathan Allen -  What happens when the zombie apocalypse becomes an aberration? Life is nearly back to normal, zombies are quarantined, then the undead control agency is going bankrupt. A lucrative opportunity... sleazy politicians and more...

Looking for something great to read??

Check out a fantastic group of Apocalyptic books highlighted here all March! See website.
Posted by CA Verstraete at 12:00 AM No comments: