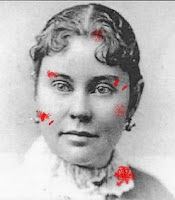 Just have to fill in some things... Unless it goes longer and I feel like another chapter should be split. These are pretty short chapters at the end to keep it snappy. I split a couple as the chapter ended on an exciting part then.

Have to fill in some blanks then, add some color and do some checking before I ask for Beta Readers!! Anyone interested? I also need someone who knows Gaelic/Irish (afraid to depend on Google translate) to check some lines for me. I'll credit you in the book and send you a finished e-book.

But have a couple non-fiction stories to work on between, too, which might slow me up a little bit. Hopefully not!

It's starting to get in good shape! Stay tuned!!

Email ThisBlogThis!Share to TwitterShare to FacebookShare to Pinterest
Labels: zombie 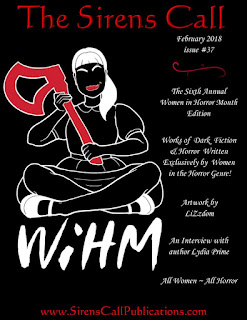 The 6th annual Women in Horror issue of the Sirens Call Magazine is now out!

Great free fiction. I've got a flash story I updated a bit and renamed as The Place of Honor (by C.A. Verstraete.)  * Download the pdf directly here.

Enjoy!
Posted by CA Verstraete at 12:00 AM No comments: 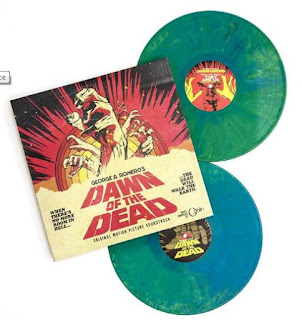 Waxwork Records is releasing the first soundtrack LP release to the 1978 George Romero film, Dawn of the Dead. The music was performed by Italian filmmaker Dario Argento collaborators, GOBLIN. This is a double-album release in cool "zombie" colors and is part of a Zombie Trilogy. Ships 2/27 (but is marked sold out!) There is a two-song sample at the site.

Email ThisBlogThis!Share to TwitterShare to FacebookShare to Pinterest
Labels: dawn of the dead, LP, romero

Lizzie 2 News: Yes!!! I am about 2 chapters from the end! Then I have to go back, fill in some things I needed to check, do some editing, and make sure all the loose ends are tied up. It's moving along!! It will be very different since this is beyond the trial now, but I think it has some interesting twists!! A little mystery, some romance, and of course, zombies! And some answers to previous questions.... Details to come!

* Cool! A special will be coming up soon for the Descent Into Darkness anthology, which will be featured on BookBub! (It includes my story, Thirteen Horses.) Stay tuned for details!!

There should be some short story news soon and I am sending out a couple others I have good feelings about, so we'll see. Stay tuned!

It's Monday! So just a few vintage newspaper links and a meme to start the week!

Reward offered by Lizzie and her sister. I included this in my book, Lizzie Borden, Zombie Hunter. 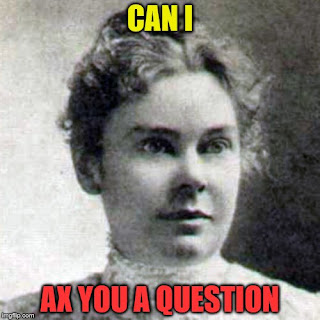 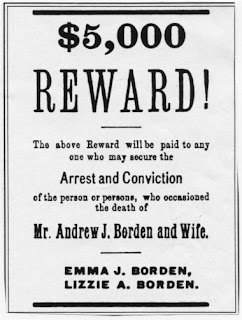 Lizzie in court during her trial. 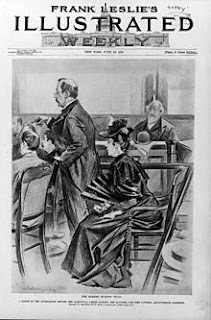 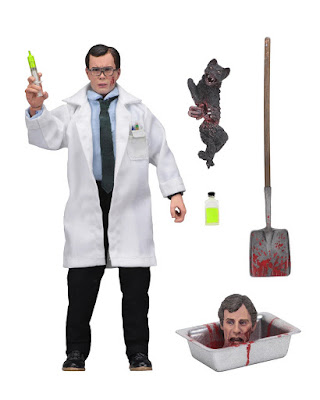 I admit that I haven't read much from HP Lovecraft. Here are scans and copies of the Lovecraft short story the figure is based on, Herbert West-Reanimator, originally published in 1922. I'm going to have to read this.

It's also included in this collection:  Zombie Stories of HP Lovecraft - Watch the Reanimator movie clip from 1985. 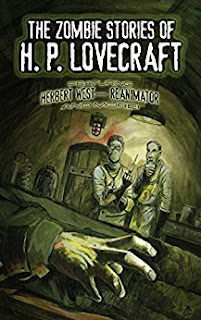 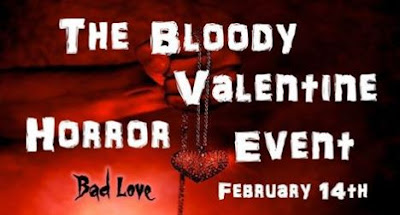 A bunch of us are talking books, sharing some fiction, whatever else, and talking ah, love - make that bad love - for the annual Bloody Valentine Horror Event starting at 8 a.m. (Eastern) on Facebook today! I'll be up at 1 pm Central - 2 pm Eastern. Anyone is welcome to stop by, ask questions, suggest a topic, etc.

Here's the author schedule so far: 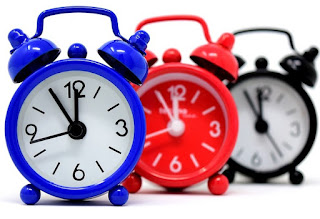 While sometimes words flow magically, most times it takes planning to get  a project done.

There's the plotter vs. pantser theory,  meaning do you do a full plot or "wing it," though most of us use some kind of outline. And often publishers require a synopsis, which requires you to fully outline the book, beginning to end.

You can waste a lot of time and energy just "free writing" if you don't have the story outlined or at least the main points outlined. Most times, your subconscious, your muse, or your brain, wherever those ideas come from, fills in the extras as you go along.

Of course, outlines aren't written in stone. Things change or you get a better idea as your'e writing. I've had some ideas for parts I'm stumped on or not happy with come in dreams. I really like when that happens!

Sometimes, though, you get stuck and the story won't do what you want or leads you in another direction. For a fun, crafty idea, I really like this photo-picture-theme Story Board Idea shared by Christina Freeburn on the Killer Hobbies blog. It has photos and a few lines synopsis. That's a fun way to cement your idea and indulge your creative-crafty side, too! The bonus is you can use it for an interesting  promo, too! I might work on something like that for Lizzie Borden, Zombie Hunter (and #2... which is getting close to the end!) Here's one idea I had. Next time I'll make one with more photos: 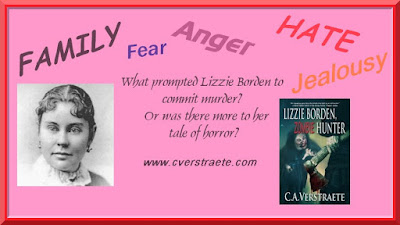 I know others, like fellow writer and USA Today Bestselling author Jean Rabe, do super-detailed pages-long outlines of the whole book, based on her experience working with the big publishers who require every detail and chapter outlined. Hers are almost like writing the book itself. I've seen one, it's so detailed, it's almost scary! But when she starts writing, it's her "bible." It's all there - except, of course, for those little things you change along the way that just work better...

Oh, and psst - She has a fantastic mystery-thriller coming out soon set in Italy! Love the title - The Bone Shroud....  Check out the amazing cover and more about it at her website! Wait'll you see that!

With the Olympics underway in South Korea, it seemed the perfect time to mention the S. Korean movie, Train to Busan. I haven't seen it yet, but I've seen comments that it's not bad.  (There are other trailers and comments on the YouTube page, but there are spoilers too, so be warned.)

The trailer looks pretty good and one thing that is scary - their zombies are fast - they look even faster than World War Z!

Anyone see this? What'd you think?

The final ballot of nominees for the 2017 Bram Stoker Award is out from the Horror Writers Association. See all the nominees here.

I'm going to include a few of the categories and link them here. It's always great to find new books to read. And the more I read the blurbs, the more interesting they sound!

Superior Achievement in a Novel

Malerman, Josh – Black Mad Wheel (Ecco) - A group of musicians are conscripted by the US government to track down a mysterious sound.

Miskowski, S.P. – I Wish I Was Like You (JournalStone) - Greta comes home to find a dead body - her own.  Now  she's a bitter, angry ghost setting out to solve her own murder.

Tem, Steve Rasnic – Ubo (Solaris) - Daniel has no idea how long he's been imprisoned - by roaches.  And every day, he's forced to portray another person from humanity's violent history - Jack the Ripper, Stalin...

Superior Achievement in a First Novel

Cabeen, Robert Payne – Cold Cuts (Omnium Gatherum Media) - Two scientists struggle to survive in a destroyed space station at the frozen bottom of the world - and then everything is irradiated turning the Antarctic fauna into ravenous monsters...

Davidson, Andy – In the Valley of the Sun (Skyhorse Publishing) - Western horror. By day,  he keeps an old hotel. By night, he fights an unspeakable hunger.

Hayward, Matt – What Do Monsters Fear? (Post Mortem Press) - A rock musician tries to clean himself up. Again. This time it'll be different. Something is wrong in this rehab center as one counselor hides an ancient, and deadly, secret.

Thomas, Scott – Kill Creek (Ink Shares) - A publicity stunt becomes a fight for survival among four horror writers staying at one of the most haunted houses in Kill Creek.

Superior Achievement in a Fiction Collection

Hill, Joe – Strange Weather (William Morrow) - Four short novels about a camera that erases memories, clouds that rain crystal nails that shred skin, a once-hero's story unraveling like his sanity, and a first parachute jumper who finds himself aloft on an impossibly solid cloud.

Kiste, Gwendolyn – And Her Smile Will Untether the Universe (JournalStone) - Stories where beauty embraces the darkness.

Malerman, Josh – Goblin (Earthling Publications) - A novel in six novellas with body parts in the mail, hunting, ghost traps and a goblin zoo...

Superior Achievement in an Anthology

Maberry, Jonathan and Romero, George A. – Nights of the Living Dead: An Anthology (St. Martin's Griffin) - Selection of stories based on Romero's landmark zombie movie.