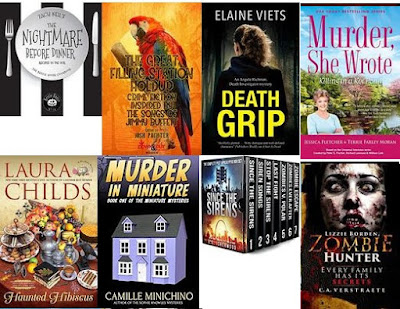 I've been seeing some really interesting books out so figured it was time for a new reading list. Enjoy!!

(**See more great books in the Feb. Reading List. All lists are posted in the bar at the top of this blog. All posts may include some affiliate links.)

After Dinner Conversation,  Season One Short Story Series - Something different, short stories in various genres, sci-fi, dystopian, thriller, horror, and more, that  also include a moral or ethical question for discussion.

The Book of Extraordinary New Sherlock Holmes Stories - Collection of 15  new stories bring Holmes, Watson and other known characters back to life in new short adventures.

The Great Filling Station Hold-Up: Crime Fiction Inspired by the Songs of Jimmy Buffet - Sixteen short stories by various authors, including Elaine Viets, Robert Randisi, Michael Bracken and others, based on Buffet songs. 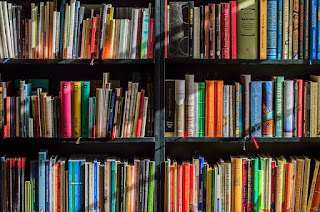 FYI: If you like short stories, get some great, free reads here:

* Mystery Weekly  - monthly magazine, online and print; get a free story, sign up via email

* The Infinite Bard - Free sci-fi, fantasy and some horror-tinged tales by assorted authors

Strongheart: The Lost Journals of May Dodd and Molly McGill (One Thousand White Women Book 3), Jim Fergus - (Pre-Order, Releases May 4) - After the battle of Little Big Horn, some female survivors decide to take up arms against the United States, which has stolen from the Native Americans their lands, their way of life, their culture and their history. This ghost tribe of rebellious women will soon go underground to wage an implacable battle, which will continue from generation to generation.

(I discovered book 1, One Thousand White Women a while ago and was mesmerized with the realistic but fictional story of women who go West to intermarry with the Cheyenne. I didn't know the series continued with The Vengeance of Mothers (book 2) and now the sequel.) 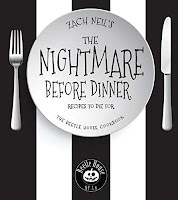 Lost in the Never Woods, Aiden Thomas - It’s been five years since Wendy Darling and her two brothers went missing in the woods, but when the town’s children start to disappear, the questions surrounding her brothers’ mysterious circumstances are brought back into the light. Peter, a boy she thought lived only in her stories, asks for Wendy’s help to rescue the missing kids. But, in order to find them, Wendy must confront what’s waiting for her in the woods. (Young Adult)

The Horror on the Links: The Complete Tales of Jules de Grandin, Seabury Quinn - Collection of 93 stories involving monsters, the supernatural and more investigated by the French detective created by Quinn, a prolific contributor to the early Weird Tales magazines.

The Nightmare Before Dinner Cookbook: Recipes to Die For - Sixty-plus recipes from the Beetlejuice-inspired restaurant in New York City and Los Angeles. Cool idea! How about some Beetle's Juice with your dinner?

** Some of these mysteries and short chats with the authors will be in my upcoming Author Snapshot column at Mysterical-e. Stay tuned for when it goes online!

Don't Lie to Me (Eva Rae Thomas Mystery Book 1), Willow Rose - The town is outraged when a 12-year-old camper is found murdered. As FBI Profiler Eva Rae Thomas delves  into the case, she and her old police flame find the case hits too close to home...

Haunted  Hibiscus (Tea Shop Mystery #22), Laura Childs - What's better than Halloween a little early? The Tea Shop and the town are in full swing as shop owner Theodosia Browing sets off to the grand opening of a literary and historical themed haunted house. Then the Heritage Society's grand-niece is tossed out a window and left dangling by a rope and Theo's police detective  boyfriend is shot by a shadowy intruder. Lots of creepy goings on for the eve of Halloween...

Later, Stephen King - SOMETIMES GROWING UP MEANS FACING YOUR DEMONS - A child born with an unnatural ability his mother urges him to keep secret, Jamie can see what no one else can see and learn what no one else can learn. But the cost of using this ability is higher than Jamie can imagine when a NYPD detective draws him into the pursuit of a killer who's threatened to strike from beyond the grave.

Murder in Miniature (The Miniature Mysteries Book 1), Camille Minichino -  The dollhouse mysteries are being re-released with new covers. Retiree Geraldine Porter finds herself doing more than manning tables at the local show when her friend and a miniature desk go missing, and murders soon follow...

Murder She Wrote: Killing in a Koi Pond (Jessica Fletcher Mystery 53 (Pre-order, Releases June 8), Jessica Fletcher & Terrie Farley Moran - After traveling to Bethesda for a mystery writers’ conference, Jessica Fletcher decides she’s earned a vacation and takes a train to Columbia, South Carolina, to visit an old college friend. But the morning after she arrives, Jessica discovers her friend's third husband, a cut-throat businessman, facedown in the koi pond. Despite what the police think, she’s sure foul play is involved.

(Book 2, Debonair in Death, which is set in Cabot Cove, is on pre-order and releases in Nov.) 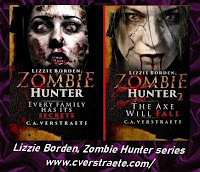 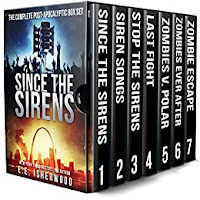 Since the Sirens  (7 book post-apocalyptic set), E.E. Isherwood - Grandmas are the key to survival in this world where the elderly are the ones who can save everyone else from the increasing numbers of zombies... Or start with book 1 alone,  Since the Sirens.