Today we welcome Michael Peirce, author of The General's Daughter,  the fourth novel in the world of the “Red Dirt Zombies” series.

About the Book:
Governor Vera Selvedge of Georgia was elected as a libertarian and found herself a virtual War Lord. She is holding it all together, but so many have died, or been maimed under her orders in this the First Z-War. Even more men and women have succumbed to the insanity and PTSD. Jane Miniver of the Governor’s Protection Unit, the controversial GPU, has opened talks with the Tennessee Militia. This militia includes a young woman who is “The General’s Daughter,” and Georgia’s senior general.

Could the tragedies that devastate “Captain Alice” be assuaged by the attentions of the PTSD ridden Alabama Major Dawson Sanders? Can enough of the troops remain sane long enough to get the job done and establish the exclusion area to be designated the “Q-Zone?”

They had fought the battle that had to be fought. Georgia had to have petrol; Texas had to have their Georgia allies. It had to have been worth it, worth the cost of the dead.

Somehow, it didn’t feel that way. Their faces were blank as they watched the Texas engineer troops working to open the massive bridge across the Mississippi River. A boat approached from the Texas side, carrying the commander of 1st Cavalry Division, a former US Army outfit. His face was as solemn as those of his Georgia allies. The Texans too had paid a price.” 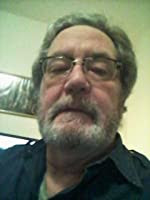 Michael Peirce has been a musician and songwriter as well as a soldier in an African War, and private security agent. His "Red Dirt Zombies" trilogy started life as a musical and draws on his experiences. He also is author of a non-fiction memoir, "African Days and Hollywood Nights" and two  novellas about a private military company (PMC) operating in Mexico. See his Amazon Author Page -  Twitter - Goodreads

Today I welcome author Jean Rabe with her new release, The Dead of Jerusalem Ridge, the fourth book in her Piper Maxwell mystery series. 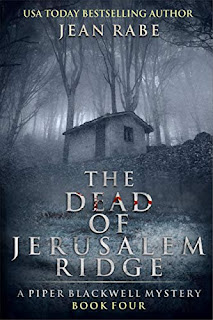 About the book: Sheriff Piper Blackwell’s three-day vacation with old Army buddies ends in tragedy. At the same time, a vile hate crime along a county road enrages her department. Their forces divided, Piper and her deputies must solve both cases before tensions boil and threaten the rural fabric of Spencer County, Indiana. Only eight months on the job, the young sheriff must weave together clues to uncover both a killer and a secret that could scar her soul.


"Piper Blackwell is a smart and capable small-town sheriff, a thoroughly modern woman who leads a colorful cast of characters in this entertaining read. Well-crafted and suspenseful, THE DEAD OF JERUSALEM RIDGE adroitly threads the needle between Cozy, Procedural, and Action-Thriller. Jean Rabe's fans⸺both old and new⸺won't want to miss this one.

* Want to check out the rest of the series? See book one, The Dead of Summer. - Visit her Amazon author page.

** An excerpt from The Dead of Jerusalem Ridge:

Hemi was derived from Daniel Hemisford, and it fit him well because he was large, loud, and indefatigable, like the engine. He and Piper had gone through basic together at Fort Campbell and were assigned to the same overseas unit, she with MP training, and Hemi concentrating on explosive ordnance disposal. Back then he had a buzz-cut, his black hair looking like a fuzzy shadow. Now his head was wholly shaved. She figured Hemi’d stay in to get his twenty, which was what she had originally planned to do.
Piper had enlisted right out of high school and put in four years—making sergeant in two-and-a-half, earning a Purple Heart when she was wounded saving her commanding officer and four others. She was in the process of re-upping when her father was diagnosed with cancer a second time—non-Hodgkin’s Lymphoma. She pulled her papers just as she was due for another promotion, and went home to Spencer County to help him. During the course of his treatment he managed to talk her into running for sheriff, a post he’d vacated when he became too ill to hold it. She ran to appease him and for something to do, was surprised she won, and had just started her ninth month in the office. More, she was surprised how much she liked it.
“So, what’s next for you, Hemi?”
“After the bluegrass festival Monday—you are joining us for that, right?”
She nodded.
“Me, Spaceman, and Renegade are going to Bardstown. An hour from here, I think, maybe a little more. There’s a bar on my bucket list called The Old Talbott Tavern. Been open since 1779, two-foot-thick stone walls. Not kidding. Oldest stagecoach stop west of the Allegheny Mountains. Abraham Lincoln, Jesse James, George Patton, Daniel Boone—those are just some of the long-dead souls who drank there. I’m gonna drink there too. There’s a sketchy motel nearby where we’re gonna get a couple of rooms and crash, drive back to Campbell sometime Wednesday. I gotta report back Thursday. I think Spaceman and Renegade’are free through the weekend … just in time for them to ship out again. You should join us at Old Talbott, only cost you two more days off.”
“Sounds … interesting,” Piper said. An evening of drinking in a more than two hundred-year-old tavern didn’t exactly sound like fun. “I have to be back to work Tuesday. Only have these three days.”
“Oh.”
“But that’s not what I meant, Hemi. Not what you’re doing right after this weekend. After that.”
“Oh. After after.”
He leaned back and the bench creaked ominously. “I made buck sergeant last week—E-Five.”
“Wow. Congrats.”
“And a new assignment. I’ve got two more weeks at Campbell before I ship out for Camp Arifjan in Kuwait. If I was getting posted overseas, I wanted Germany, but that didn’t happen.” He shrugged. “But I figure Germany will happen eventually, right? Can’t see me doing anything else except the Army.”
She returned his shrug.
“What about you?” he shot back. “What’s next for you? After after?”
“Get the number of DUIs down in the county, and make a narrow-minded farmer play nice with his Buddhist neighbors. I’ll probably have more luck with the DUI thing than with the farmer. Finish my term. Maybe run for a second.”
“Wow. Sheriff Christmas. You like it.”
She nodded. “I do indeed, Sergeant Hemi.”
“So, you’re not going to come back to us.” He didn’t phrase it as a question. 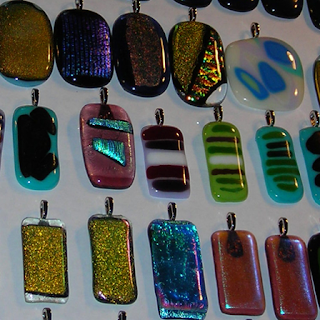 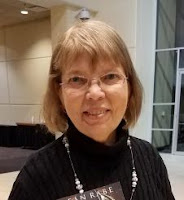 My home is filled with dogs and books. Lots of dogs and books. I wear worn out sandals to work every day. I'm a mystery writer living in a tiny Midwestern town that has a gas station, a Dollar General, and a marvelous pizza place with exceedingly slow service. I am always working on a new project or three. I have forty-some books published in the fantasy, science fiction, urban fantasy and mystery genres. But I'm concentrating on mysteries now. In my spare time I dabble in roleplaying games and boardgames. And at every opportunity, I toss tennis balls to my cadre of dogs.
** Find Jean on Twitter.  - Get her newsletter here.

Get some great eerie reads for July, including Lizzie Borden, Zombie Hunter and The Haunting of Dr. Bowen! See link here.
Posted by CA Verstraete at 5:36 AM No comments: