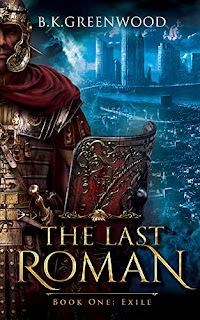 Think you know the story of what happened after the Crucifixion? See an interview and review below.

Some debts you cannot repay, even if you live forever...

Seasoned imperial officer Marcus Sempronius Gracchus leads the 9th Roman Legion into a bloody battle against a fierce barbarian tribe. It's a battle he won't survive. When he awakens three days later, clawing his way from a shallow grave, Marcus must face the reality of his new existence. He will never see the afterlife--but that won't stop him from dying time and again over the next 2,000 years.

But Marcus is not the only one cursed with eternal life, and they are determined to bring the world crashing to its knees. Forced to confront the only brother he has ever known, can Marcus prevent the inevitable and find redemption? Follow the story of a man who should be dead, as he tries to save the world... and his soul.

* Continue the story in Book 2, The Last Roman: Abyss. 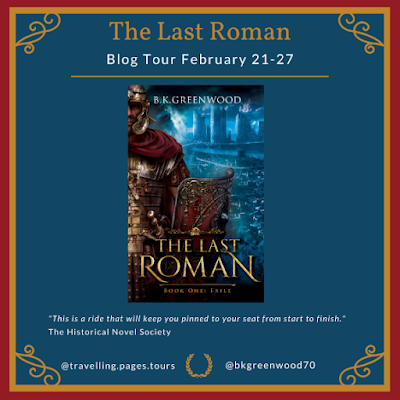 Review: This has to be one of the most fascinating books I've read. I read a short story a while back about Lazarus which had an interesting twist: how was the once-dead man really received, other than what it says in the Biblical accounts?

Having read the Biblical accounts of the Crucifixion, you know that the Roman Centurion has the unenviable job of thrusting his spear into Jesus' side and overseeing the breaking of the thieves' legs. But... what happened after? Did he stay up nights, haunted by what he witnessed and did that day? How was he changed?

What if the Roman Centurion Marcus was changed... except in another, unexpected way, that he, too, also becomes immortal but cursed with having to die over and over.... And another man, namely  Doubting Thomas, also lives up to his name and early convictions as he, too, was equally cursed.

I loved that this book follows the men across centuries and has alternating time chapters. And it offers an interesting take with a twisted purpose far more sinister than what is hinted at in the book's back blurb. The book does get a bit weighted down in the middle with lots of fighting but...the outcome is something horrific that will make you want to read book two, at least to see where it goes. I won't give it away except to say that it's an understandable outcome, if not a repulsive one, given what happens. The result is something far more evil, sacrilegious and twisted in keeping with modern-day science and technology.

An Interview with B.K. Greenwood:

Hard to say! I started book one twenty-three years ago. And honestly, I forgot exactly what inspired me! I just know that I read a bunch as a kid and at some point in my twenties, I decided I had my own story to tell!

What was your favorite part of the story and why?

My historical flashbacks. I love history and I always try to pick an under-represented period to share with my readers. To me, I can tell a story and help people learn.

If you had to pick a setting, where would you choose to live?

Ah, that is tough. It would be hard to choose between Ancient Rome and the Napoleonic period. I find the characters and events fascinating. One helped formed Western Civilization and the other really ushered in the age of nationalism.

What were the hardest and easiest parts of writing this book ?

Easiest are historical flashbacks because I love history and I can pick whenever I want. Hardest is the ending of book three. The pressure to get it right, as I have no additional sequels to fix any missteps. Plus, after three books, I want to leave my readers satisfied.

They are human. They laugh, cry, make mistakes, don't always have the right answer. They may not make the obvious choice, because we all have blind spots. I want them to be human. Not perfect.

I would say reading inspired my story. I read voraciously as a kid and that led me to want to do my own stories. What I learned from those authors helped form my writing style.

What work did you do before writing this book? How it prepared you (or didnt!?) for writing this and your other books?

I still have a day job. I work for a large tech firm. It has helped on the marketing side, with understanding return on investment and doing interviews and podcasts (I have a large team that I do zoom calls with). The experience with public speaking is very helpful.

* Book 3, The Last Roman: Absolution  is on pre-order and releases March 29.

I hope they are entertained and hooked on my writing style and love the characters. It's the perfect beach read or vacation book. 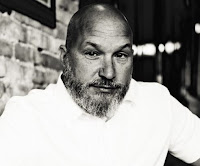 About the Author: B.K. Greenwood lives in Austin, Texas, with his wife and wolf pack of four rescue dogs. He loves to travel and has incorporated his experiences into his writing. B.K. enjoys works of fiction and nonfiction, with a heavy emphasis on history, adventure, and classics. 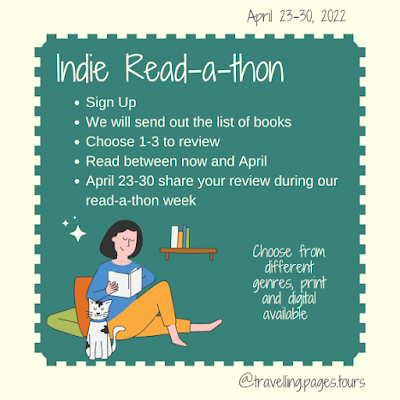 * Some links go to affiliate sites which may offer small compenstion to the posters.
Posted by CA Verstraete at 10:00 PM