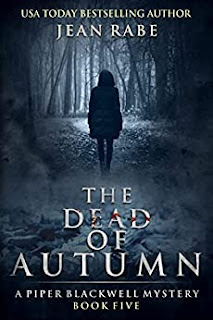 A teenager dressed as Tinker Bell never made it to the Halloween party.
Her murders sends a ripple of fear through Piper Blackwell's rural jurisdiction.
Investigating the crime, the young sheriff and her detective are drawn into an underworld they didn't know existed.
Can the pair survive the trip into the dark heart of once idyllic Spencer County? Can they find the killer before more lives are are destroyed and he strikes again?
BUY: The Dead of Autumn on Amazon: mybook.to/DeadofAutmn
Dead of Winter on Amazon: mybook.to/DeadofWinterAudio
The Piper Blackwell Series on Amazon: http://mybook.to/PiperBlackwellSeries 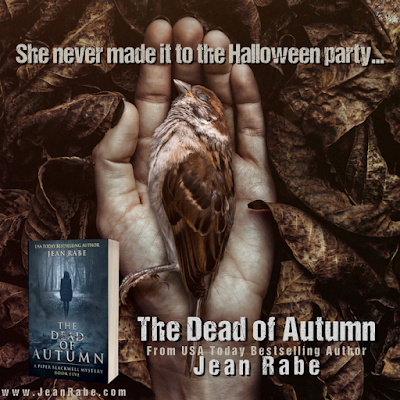 EXCERPT:
“Who the hell would shoot Tinker Bell?” Basil mused.
The victim’s skin appeared smooth and tanned, the arms toned. Thin, delicate fingers sported gaudy rings. Her coppery-red hair was fashioned in an up-do, a diminutive ivory bedazzled top hat perched on the side with pheasant feathers attached to it. Piper really wanted to turn her over and get a better look.
“Let’s talk to the man who found her.” Piper started out of the ditch, and the detective extended a hand to help her. She whispered, “Not how I’d planned to spend Halloween, Basil.”
“I take it you had a bowl of candy ready by the front door.”
“Oh yeah,” she replied. “More than necessary probably. Nang’s stuck with treat duty.”
Piper had grabbed only the good stuff for her first Halloween in Hatfield—full-sized Milky Way bars, packets of cookies, and boxes of crayons. The entire population of her dinkburg was eight hundred, so not all that many kids were likely to come by. Still, those who did would skip away happy. She was disappointed she wouldn’t be there to see them.
“Esme’s taking our kids through the neighborhood. Promised to email me pictures.” Basil glanced at his watch. “Probably leaving in a half-hour. Shaya picked a Ruth Bader Ginsberg costume from Walmart across the river. She doesn’t know who Ginsberg was, but she liked the black robes and lace collar. Jelani is SpongeBob. I hate that cartoon. He looked cute, though.”
“Nice weather for trick-or-treating,” Piper said.
It was seventy, a few degrees above normal for the end of October in southern Indiana. She pointed across the road to a man in knee-length shorts and a Colts t-shirt, sweat stains evident around his neck and armpits. His eggshell white bicycle with BIANCHI in bold type on the frame leaned against the side of her Explorer. The man seemed intent on his cell phone, head down like he was praying to it. Piper took another look at the girl in the ditch and then headed toward him, her feet crunching against the gravel.
He looked up. “I could tell she was dead, Sheriff, didn’t touch her or anything. I watch CSI—the old reruns, not the new version. I know not to touch anything. But I called 9-1-1 right away.” He thumbed a button on his cell phone and put it in a side pocket. “I’ll admit I took a picture of her.” A pause. “To show my wife. Otherwise, Ginny’ll never believe I found a body on a ride. A real dead body. It being Halloween, I first thought maybe someone stuck a mannequin in the ditch … to scare folks. Wouldn’t spook many, though. Not much traffic out here. Not many houses. A waste of a good scare, you know. Besides, when I took a good look, I could tell it wasn’t a mannequin. In fact—” 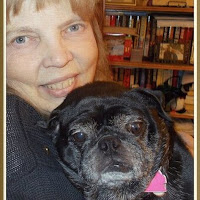 About the Author:
USA Today best-seller, Jean Rabe's impressive writing career spans decades, starting as a newspaper reporter and bureau chief. From there she went on to become the director of RPGA, a co-editor with Martin H. Greenberg for DAW books, and, most notably, Rabe is an award-winning author of more than forty science fiction/fantasy and murder mystery thrillers. She writes mysteries and fantasies, because life is too short to be limited to one genre--and she does it with dogs tangled at her feet, because life is too short not to be covered in fur.Find out more about her at www.jeanrabe.com
* Follow the rest of the blog tour:
May 20May 23May 24May 25
May 26May 27
a Rafflecopter giveaway
Posted by CA Verstraete at 10:00 PM