Get some great new reads to get lost in during the holidays!
(Beats listening to the relatives. haa!)

All kinds of genres, so enjoy! (See the first Christmas book list here.)

Merry Christmas, Happy Hanukkah and Happy Holidays to you! 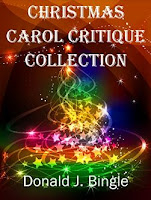 
Christmas Lites VI -New! Charity anthology benefiting  The National Coalition Against Domestic Violence. Stories by 25 authors featuring everything from Cthulhu to assassins, adventures and even the mob making holidays bright. A.F. Stewart (also author of Horror Haiku and Other Poems) offers a story of one faerie with a tragic history, a human with a secret legacy, and the legendary Snow Queen colliding in a fateful Christmas Eve encounter. 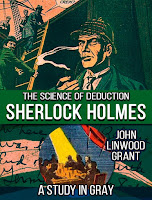 A Study in Grey (Sherlock Holmes, Science of Deduction Book 4) - John Linwood Grant:  Intrigue, mystery and touches of horror in this novella where Sherlock and Capt. Redvers Blake work to solve two intertwined cases at once.

New Release! Blood Shackles, (Rebel Vampires Book 2) - Rosemary A. Johns: When your whole species is enslaved-and it’s the humans who are acting like the monsters-how far would you go to free your family?

Blood Dragons: (Rebel Vampires Book 1) Escape into a supernatural world of love, revenge and redemption, where vampires are both predator and prey.
* Get it on Goodreads.  * Sign up for Rosemary A. Johns’ newsletter and get a free story, “Tin Soldiers.”

Nock, Year of the Zombie, Book 10 - Scott McGlasson: Since civilization's collapse, ferals have been turned into docile slaves. Stace has learned to live under the restrictions of her life, but now she'll have to really prove herself to her father - their lives depend on it.

Just released! Odium IV: The Dead Saga, Claire C. Riley:  The Dead Aren't the Only Thing to Fear...  There's a new group in town, the NEO's - New Earth Order - that are helping Mikey heal and move forward. But that doesn't mean this is going to be an easy path without more terrors, and something he never saw coming...
Posted by CA Verstraete at 12:00 AM