Welcome to another day of celebrating up to Halloween!

* Don't forget to stop by the other October Frights blogs!

Are You Afraid of the Dark? - Night to Dawn Magazine & Books LLC

Spreading the Writer's Word - Yours in Storytelling

💀Today I'm featuring a scary story excerpt... read with the lights on.... 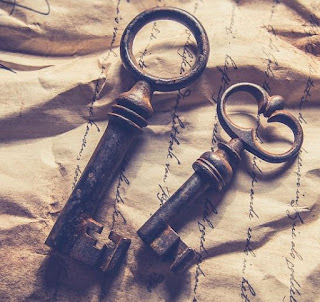 He ran faster and faster, the rainbow of primordial energy pulsated toward him giving him strength. Grandfather held the key.

Grandfather was the key.

Jacob bolted upright, drenched in cold sweat. Another dream fleeting in the moments after waking. Nothing except the sound of thin flutes. Piping mindlessly their never ending song. 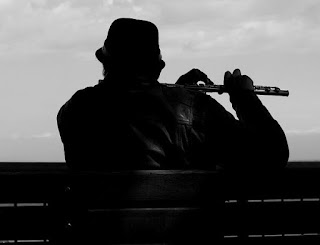 He rubbed his eyes and looked at his phone. Its screen blinding him in the darkness. Jacob groaned, it was only three-thirty in the morning. Jacob laid for a moment in the soft embrace of his bed. Momentarily wrestling with the idea of going back to sleep. The thought terrified him, so he decided now was as good of time as any to get back to work. He couldn't shake that awful feeling, however, of something in the darkness glaring at him with the intensity that one might study an insect. It triggered a primal fear deep inside.

He pulled up the pictures he had been going over, and some Sanskrit texts to compare them to. The odd thing is where the writings were found. A cave in the Grand Canyon. These along with some oddly misshapen figures carved from different minerals. Many seemed onyx or obsidian but there was a greenish tint deep within the black stone. The team was waiting to hear from the mineralogy department on some conclusive answer on exactly what it is. All of them grotesque and misshapen beasts of nightmarish design, yet, somehow, holding a master craft level of skill in the other worldly carvings. 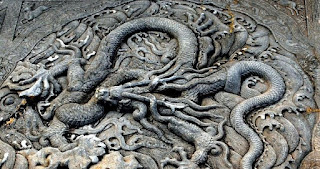 Jacob was tasked to see if anything pointed as to why or how these things would have ended up thousands of miles from such similar discoveries. He was having no luck in this endeavor. He let out another loud sigh, "Suppose I could just blame aliens..." He proclaimed with sleepiness in his mocking tone. He rubbed his temples.

So far what the texts found was just nonsense about other worlds and giant creatures living in the darkness. He wondered what kind of religion or warped human mind could create such wild tales. Translating it was slow going. Jacob was the one to first crack the strange new writing. Jacob noticed a vague similarity to cuneiform with pictographs that looked suspiciously Central American and worked back from that. He could be wrong for all he knew. His colleagues seemed to agree, mostly, on his translations however. 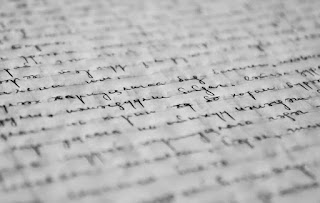 Maybe the carved figures are this malformed pantheon, he pondered. As he sank deeper and deeper into his own thoughts reading through the most bizarre tales, a pit in his stomach began to form. He knew that such things were not meant for the eyes of sane men. The texts spoke of races long past and those yet to come. They spoke of blasphemous rituals to steal a body and hurdle one through space. They spoke of the end of all mankind. His mind started to panic. He began to sweat. The sudden vibration of his phone made him jump, bringing him out of the trance-like state.

"Hello, sir. Yes, I have been working on the translations, but nothing so far." He wiped his brow, flicking his hand dry. "Most of it is talking nonsense about gods and the like...Yes sir, if I do find anything related to this 'dark star', I will contact you immediately."

For reasons he couldn't start to figure, Jacob began to sweat more. Why call now? It was so late, or early Jacob supposed. How could they have known I was awake? After a moment Jacob was able to take the phone away from his ear, as he tried, without luck, to reason it away as nothing but an early riser getting a jump start on their work.

He was under the employ of some unknown private investor working through several of the Ivy League schools of the area. He had never spoken to Jacob, but his lawyer "Roberts" is the one who kept track of Jacob's progress. 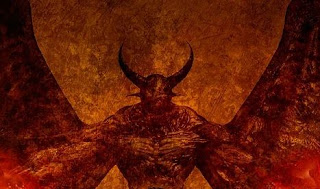 Roberts was as close to the devil as Jacob ever wanted to come.

Roberts was a pale man and awkwardly tall. Balding almost completely although he claimed to be barely thirty-five. He must have been heavier at one time, Jacob thought, for he had several folds around his tightly buttoned collar. He also had large eyes that seemed to never blink no matter how long Jacob stared into them. Always glaring his ugly stare. 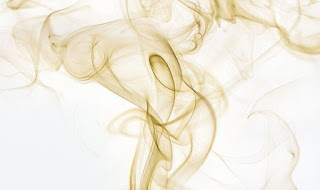 Worst of all was a particular smell Roberts seemed to leave in his wake. Like he ate something he found rotting under a dock in the Charles. The whole set-up of the thing made Jacob uncomfortably paranoid. Like he was in a bad movie. He sank back into the chair, cradling his head in his hands, trying to shake off the awful feeling of the unknown...  ##

(The author, James, is new to writing, but no surprise he's been inspired as he also works at the Lizzie Borden B&B, the original home of accused ax murderess Lizzie Borden.

*  For another take on the 1892 Borden murders, see my Lizzie Borden, Zombie Hunter series.)

The Haunting of Dr. Bowen: A Mystery in Lizzie Borden's Fall River

Bwa-ha-ha! Hope you enjoyed the stories this week! Be sure to stop back for more Halloween fun!