As I mentioned on Monday, I wanted to explore the topic of audio books and asked some authors about their experiences. The consensus was favorable.

Author Belinda Frisch decided to get into the audio book market with her first zombie book, Cure: A Strandville Zombie Novel #1

in the Strandville series, and the first book of her her medical mystery series, Fatal Reaction (Paramedic Anneliese Ashmore Mysteries Book 1) 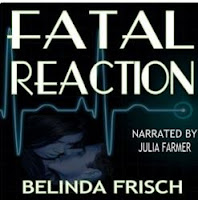 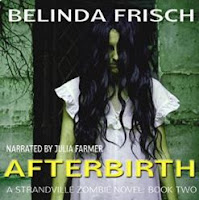 Audio books, she says, were something she wanted to try since "they were an up and coming thing, and I was down for diversifying."

Even better is that in the slow months, they provided extra income.

She recommends getting a good narrator/producer, who will do more than "read" the books - they will act them with voices, inflection, tone, and more. You post a script and seek producers to audition. Books can be done with a 50/50 royalty split, with no up-front costs to the author. See info at Amazon and at acx.com.

When choosing a producer, quality counts.  Good to know: "The biggest consideration is does the producer have their own equipment and a quiet room," she says. "If they don't, their quality will be low and ACX will reject it." 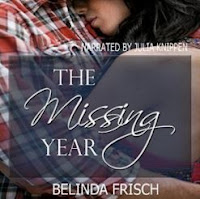 (Most of her audio books were done by Cerny American, a large firm.  Her medical romance, The Missing Year

, was narrated by Julia Knippen.)

Both she says, were "excellent, professional and met deadlines with an excellent product." 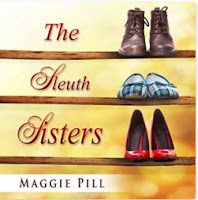 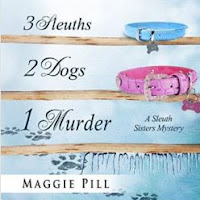 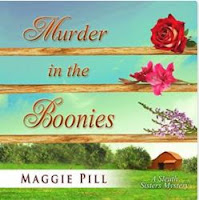 Her audio books include: The Sleuth Sisters

and Murder in the Boonies: The Sleuth Sisters Mysteries, Volume 3


"The Sleuth Sisters series (written under the name Maggie Pill) sells really well," she says. "The others, not so much and I don't get why. I think maybe the audience for audio is  more cozy-oriented."

She also likes how easy it is for an author to get their books into audio. (See top comments) She says price might be one factor in how well a book does, (audio books are over $15) though authors don't have much choice in that.  But she says those with Amazon Prime membership likely get a better deal. 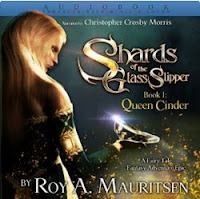 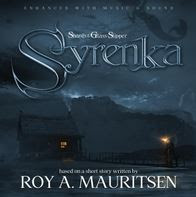 and a short story prequel to the book, "Syrenka" at CD Baby (one hour long compared to 16 1/2 hours),

thinks the market for audio books is the perfect opportunity for authors. (* Check out his samples which come with music and sound effects! Warning: the beginning of the story is a little graphic.)

"I think the market for audio books is broader now than ever. This I attribute to the digital nature of media these days, which makes distribution, media format accessibility and ease of technology that make experiencing an audio book much easier for potential readers to
try out.  The digital aspect and technology makes it even easier to create an audio book.

"Narrators are more accessible thanks to visibility and accessibility via the internet. The process of recording and creating an audio book  is now much more affordable for authors and narrators, and  that means that for many more authors this is now become an
affordable option."

What he did was to have his books produced with a more "cinematic" experience. He uses the same narrator (Christopher Crosby Morris is also recording the next novel in the series), but also had the books mixed and mastered with music and sound effects.

"You'll hear the birds and the wind in the trees if there is a scene that takes place in the forest. Arrows whiz by your head from left to right," he says. "There will be an underscore of music during a dramatic scene, the ring of sword clashes and the growl of monsters, footsteps that echo down a dungeon corridor. I was amazed as I began to mix this all together that a story I knew so well could be taken to another level. At points it transcended
the words on the page. I could tell more of the story in a scene by filling it in with sound and music. But my situation is somewhat unique and this process works for the type
of stories I do."

The full effects are something he feels will be seen more and more, though he knows how to mix and edit the sound and music himself though he admits that the narrating is best done by other professionals. He says that this type of book is probably still cost prohibitive for many and is available only from the larger and known audio book publishing houses.

"As someone who works in television (part of my day job it's not as glamorous as it sounds) I am familiar with how to do this and I feel that my story actually benefits from it. I expect to see more of this sort of thing as software and technology makes it more viable to do and listener sophistication for this sort of thing grows. It's not for everybody to do and not everyone appreciates listening to it.

"It's a very different experience. I love it though it's as close as I can get to make a movie. It does take time to create put this all together, choosing and finding the right music  and

which sound effect would work best. I can spend a weekend or weeks putting together one chapter- so it's a bit of a labor of love, but the flip-side is that it costs me very little to produce."

So, there you have it. I listened to several samples, which gave me a taste of the story and the narrators' abilities to make the words come alive. I do admit that the musical/sound effects version is quite interesting and a unique experience in itself. --Christine Verstraete