Years ago, I attempted to read the book World War Z. 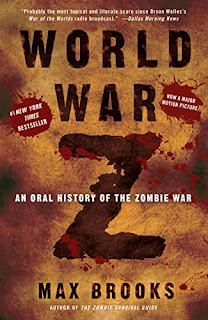 I had previously read The Zombie Survival Guide by Max Brooks and loved it. I assumed I would also love his other book.  (** Read Chris' interview with Max Brooks HERE.) 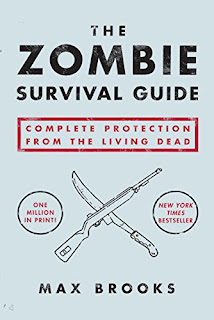 I didn’t hate it, exactly, but I didn’t enjoy it quite as much as the other.


I loved the movie. But as you can imagine, the book and the movie are two very different things.
One day at work, I got into a discussion about zombies with a coworker and commented about how I didn’t really enjoy the book World War Z. I read about half to three-fourths of the book before putting it down. He recommended I check out the audiobook. He told me there is a whole cast of characters that really bring the story to life.

I was slightly skeptical, but I was going to be driving for a ridiculous amount of time, so I decided to check it out.

I have no regrets about my decision. I didn’t finish the entire book while in the car, but I’m still engaged and still listening. It’s my unwind before I go to bed story at the moment. The different character voices really add to the story, and I think the audio version was the way the story was intended to be told.

Max Brooks does an amazing job of showing the human side of the zombie outbreak. Most films touch on this in their narrative and try to show how humans fight to survive the undead and how there is a thin line between us and them, but Brooks takes it to a degree of realism. He shows us how policies, laws, and a new way of life can be created with the rising of the dead. He does this through personal stories that range from politicians to soldiers to random survivors and shows us how they’ve changed and how the world has changed.

I feel like when I first read the story, I wasn’t aware of what Brooks was attempting to do. I get it now, and it’s brilliant. The book still has its fair share of zombie carnage and gore, but the realism of surviving is just amazing. He constructed his story well.

If you haven’t checked it out, I highly recommend listening to the World War Z audiobook.

Has anyone else read or listened to the book? What are you thoughts?

Before I go, because it’s still May, I’m giving away another zombie book. This one is my nonfiction book, Undead Obsessed. Enter now for your chance to win! 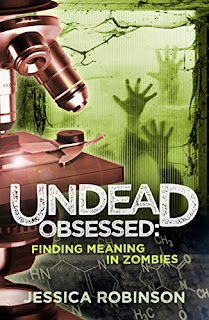 a Rafflecopter giveaway
Posted by Pembroke Sinclair at 12:00 AM