The nights are getting cooler, leaves will be dropping soon and ... Halloween is Coming! 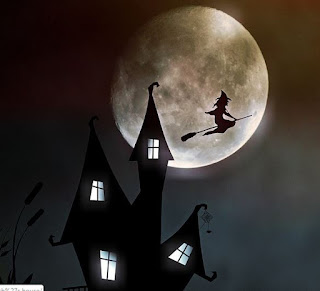 Like the stores, I'll be starting some Halloween - October Reading Lists early. Stay tuned all through September & October for some great books to add to that TBR list!!

New Fears 2: Brand New Horror from Masters of the Macabre - Twenty-one brand-new stories of the ominous and terrifying. Includes 'The Dead Thing' Paul Tremblay draws us into the world of a neglected teenage girl and her younger brother and the evil that lurks at the heart of their family. In Gemma Files' 'Bulb' a woman calls in to a podcast to tell the terrifying story of why she has escaped off-grid.

Tales from the Crust: An Anthology of Pizza Horror - Chicago-style deep dish darkness to New York thin crust carnage.  Bring your most monstrous of appetites, because we're serving suspense and horrors both chillingly cosmic and morbidly mundane from acclaimed horror authors such as Brian Evenson, Jessica McHugh, and Cody Goodfellow, as well as up-and-coming literary threats like Craig Wallwork, Sheri White, and Tony McMillen. (Never knew this was a genre. ha!)

👻 A great selection at the Countdown to Halloween Book Fair - Ends Sept. 30
https://storyoriginapp.com/to/5ftSnGq

Doubt: A Truth-Seekers End of World Trilogy series (Among Us Trilogy Book 1), Anne-Rae Vasquez - Harry Doubt, a genius programmer and creator of the popular online game Truth Seekers, has a personal mission of his own; to find his mother who went mysteriously missing while volunteering on a peacekeeping mission in Palestine. His gaming friends and followers inadvertently join in helping him find her; believing that they are on missions to find out what has happened to their own missing loved ones. During Harry's missions, Cristal and the team of 'Truth Seekers' stumble upon things that make them doubt the reality of their own lives. As they get closer to the truth, they realize that there are spiritual forces among them both good and evil, but in learning this, they activate a chain of events that start the beginning of the end of the world.

Pandemic (The Extinction Files Book 1), A.G. Riddle - A worldwide pandemic... A scientific experiment that could change humanity forever... A race to find a cure--and unravel humanity’s darkest secrets. As the virus spreads around the world, Peyton uncovers clues that lead to a dark secret in her past. With only hours left to stop the plague, she faces a choice that will change her life forever. Can Peyton stop the outbreak in time? And what’s the truth behind the virus? Is humanity being engineered for some purpose? Is this the end of life as we know it?

The Distance, Jeremy & Hilaree Robinson - The human race has turned to dust. It wasn't natural - and the architects are looking for survivors. There are two across the country from each other. Make that three - one is pregnant.

The Power, Naomi Alderman - What happens when women possess a fierce new power? The world is a recognizable place: there's a rich Nigerian boy who lounges around the family pool; a foster kid whose religious parents hide their true nature; an ambitious American politician; a tough London girl from a tricky family. But then a vital new force takes root and flourishes, causing their lives to converge with devastating effect. Teenage girls now have immense physical power--they can cause agonizing pain and even death. And, with this small twist of nature, the world drastically resets.

VOX, Christina Dalcher -  What happens when the government decrees women can speak no more than 100 words a day? Or work? Or do anything beyond stay home as "obedient wives and mothers?" Dr. Jean McClellan is in denial - then she'll do whatever she can to reclaim her voice, her daughter's and that of every woman silenced.  (Including this again as I 'm reading it. Astounding. Scary parallels to real life and what if's...)

Wanderers: A Novel, Chuck Wendig - Shana wakes up one morning to discover her little sister in the grip of a strange malady. She appears to be sleepwalking. She cannot talk and cannot be woken up. And she is heading with inexorable determination to a destination that only she knows. But Shana and her sister are not alone. For as the sleepwalking phenomenon awakens terror and violence in America, the real danger may not be the epidemic but the fear of it

What says end of the world more than the plague?

A Journal of the Plague Year, Daniel Dafoe - Written by a survivor of the London Plague of 1666. Free version. Fiction but factual report.

The Weight of Ink, Rachel Kadish - London 1660s and early 21st century - Interwoven tales of two women, an emigrant from the Netherlands who scribes for a blind rabbi before the plague hits the city, and an ailing modern historian. who tries to decipher the identity of the mysterious cipher of some newly found 17th century manuscripts. (I really like historical tales set in past and present.)

... And the Real-Life Horrors

Crisis in the Red Zone: Story of the Deadliest Ebola Outbreak in History and the Outbreaks to Come, Richard Preston - Author of The Hot Zone (Origins of the Ebola virus)  gives accounts of the scientists and doctors on the front lines of protection, and an urgent wake-up call about emerging viruses.

Polio: An American Story - David M. Oshinsky - The story of the polio terror and efforts to find a cure.

The Ghost Map: The Story of London's Most Terrifying Epidemic & How it Changed Science, Cities and the Modern World, Steven Johnson - London in 1854 is emerging as a modern city. But without infrastructure - garbage removal, clean water, sewers - it's the perfect breeding ground for a disease no one knows how to cure - cholera. The story of historical hero Dr. John Snow and a local curate battle and solve one of the most pressing riddles of their day.  (Sounds interesting!)

The Great Influenza: Story of the Deadliest Pandemic in History, John M. Barry - The great flu epidemic of 1918 killed as many as 100 million worldwide. It killed more people in 24 months than AIDS did in 24 years.  The tale of the first collision of epidemics and science. Contains new afterword and updates on avian flu.