Creepy Goings On at The Gallagher Hotel #horror #haunted

How about a perfect read for Friday the 13th? 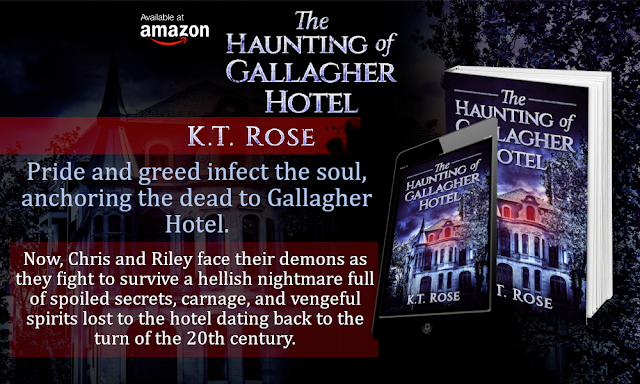 What's better than a creepy hotel? How about a haunted one? 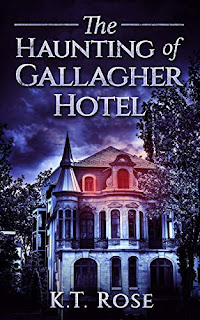 When Chris, a master thief, and Riley, a contract waitress, get mysterious invites to an exclusive party at the haunted Gallagher Hotel, they discover more at play than simple celebrations. Hidden truths are revealed, and all hell breaks loose. But the "party" has just begun. Now, Chris and Riley face their demons as they fight to survive a hellish nightmare full of spoiled secrets, carnage, and vengeful spirits lost to the hotel dating back to the turn of the 20th century. Will they survive the night? Or will their souls be devoured by the most haunted building in Michigan?

Teaser Excerpt: (Read the rest at her website here.)

Deputy Hill yanked her arm, leading her through the narrow path the townspeople created. Fists balled, Trudy groaned as the rope around her wrists dug into her skin. Her bare feet picked up glass shards and debris from the cobblestone path as she shuffled along.

She glared around at the angry faces and recognized the men, women, and children of Holloway. She’d done more for them than any God before her. Many of those people owned the very businesses that lined the stone slab she marched across that night. Building and financing the rows of wooden businesses lining the town’s square accounted for half the things she’d done for Holloway. She fed the hungry, made clothes for cold children, and taught woman’s independence. The ever-growing list of the townspeople’s wants was endless. At one point, she didn’t mind the busy work. Fulfilling dreams of the once poor town kept her boisterous and distracted from her bitter reality. Trudy was Holloway’s personal shepherd, making the people her needy sheep.