The Ten Books You Can't Forget

There is a little "game" going around on Facebook, which is an interesting challenge to take a look at the 10 books that have stayed with you in some way. Don't overthink it or take too long. They don't have to be classics or top literature, simply your likes. Tag 10 friends to do the same and share your list.


My List:: (in no particular order)
While I have always loved horror and recently enjoy reading zombie fiction, I also love a good historical story as I can see from this list of books that stuck with me or that I liked enough that I would reread them. (So far. The list could change or expand later. Ten may be hard to pick!) - -And yes, at the end I do link two themes - historical and zombies! And it's a book you may not have read unless you know this author. 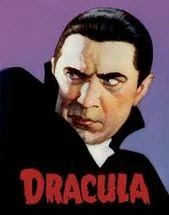 1. Dracula  - Bram Stoker (one I reread occasionally) (Get Dracula free in various versions on Project Gutenberg)

- Ann Benson - Fascinating story of a medieval doctor trying to save the royal family from the Black Death, and 700 years later, a female scientist unearths an ancient terror. Interesting contrasting chapters of both the past and modern stories.

4. One Thousand White Women: The Journals of May Dodd

- Jim Fergus - Fascinating fictional tale of women who get involved in a goverment program to provide wives to the Cheyenne in 1875. Really gripping story. 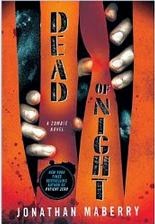 - Jonathan Maberry - A condemned killer is injected with a virus and wakes after death - evil, hungry and contagious. This was the first zombie book I read that attracted me with the unusual story line.

- Daryl Gregory - This was the oddest story - a woman finds a baby who is dead but alive, and raises him. The story gets strange as he goes on his own and lives with others like him. Fascinating read though I didn't really like the ending. 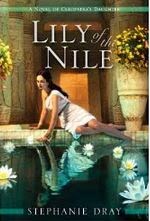 8. Lily of the Nile (Novel of Cleopatra's Daughter Book 1)

- Michael Romkey - Interesting take on a vampire tale when a vampire yearns to retain a violin that made the most beautiful music in the world.

- Diana Gabaldon - Some may recognize the book from the new TV series now running. I read this years ago but the series is still a favorite. It tells the life and love story of Claire, a nurse in 1945 who finds herself thrown back to 1700s Scotland after touching a boulder in an ancient stone circle in the British Isles. here she meets and loves the fiery Scottish warrior Jamie Fraser.

The latest in the series, Written in My Own Heart's Blood: A Novel (Outlander Book 8),

came out in June. Set in 1778, the country is at war with France and the Fraser's daughter is safe in the 20th century, or so they presume as her son's kidnapper focuses on his real target - her.  (And it's 849 pages. Her books are all big.)

Funny how this series leads me back to the blog's theme of zombies. Yes, even Gabaldon succumbed to the zombie theme and wrote a novella (101 pages) focusing on her main secondary character and Jamie Fraser's nemesis, British Lietenant-Colonel Lord John Grey (there are several offshoot books focusing on him.)  I haven't read it yet, but sounds interesting. 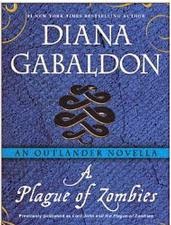 In A Plague of Zombies: An Outlander Novella (Lord John Grey)

- Diana Gabaldon, Grey arrives in Haiti to squash a  slave rebellion and learns the island's governor is being menaced by zombies, an unknown term to Grey. Then he is nearly choked by "hands smelling of grave dirt." Add in murder and plantations burning, and John Grey will need all his wits to keep the island from exploding.

* And feel free to add my book to your reading list!

GIRL Z: My Life as a Teenage Zombie is one girl's experience of what life is like when she turns part-zombie: part humor, part angst, part fear of the unknown. You can also read it free on Kindle Unlimited.