Are you tired of hearing about Lizzie Borden yet??? 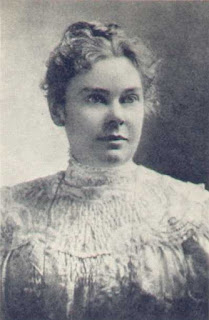 I hope not, as they'll be much, much more to be said in the upcoming months leading up to the release of my book, Lizzie Borden, Zombie Hunter.

I know it's hard getting a full picture, given you don't get the full context, but hopefully a line here and there whets your appetite for more!

So, picking one of my favorite lines from the upcoming Lizzie Borden, Zombie Hunter (coming this summer/fall):  (New 2nd edition & new cover out!)


Then Lizzie spotted it: the worn hatchet Father had left behind after he’d last brought in the newly chopped wood.

Discovering Mr. and Mrs. Borden have become zombies thrusts Lizzie into a horrific world where the walking dead are part of a shocking conspiracy to infect not only Fall River, Massachusetts, but even the world beyond. Now Lizzie enters the fight, vowing to do everything she can to protect her sister, Emma, and her hometown, from this horrid scourge.

Nowhere in nineteenth-century Fall River seems safe from either these nightmarish ghouls or from the influential conspirators controlling them.

Yet, for Lizzie, uncovering her city’s—and family’s—secrets may come at a terrible price…