AuthorFest! will be held from 10 a.m. to 4 p.m. Saturday at the Cultural and Civic Center, 2007 N. Civic Center Way, (south of the Meijer store off Rte. 83) in  Round Lake Beach, IL.  (The fun of events like this is getting to find out about all kinds of different books you might not have found otherwise!)

Sponsored by This Old Book, the event features 25+ authors of all genres, free kid's activities, music and more! Come spend the day!! (Check out the fest info and authors here.)

** Here are some highlights from the pre-fest author panel moderated by author/organizer Robb Chase that was held on Wednesday. Featured authors included:

** Andra Watkins, NY Times Bestselling author of Not  Without My Father: One Woman's 444-Mile Walk of the Natchez Trace and To Live Forever: An Afterlife Journey of Meriwether Lewis. (She'll be the keynote speaker Saturday afternoon.) 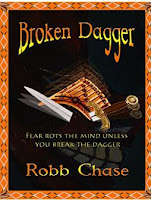 * John F. Wasik, author of  The Merchant of Power: Sam Insull, Thomas Edison, and the Creation of the Modern Metropolis. Wasik details the story of former Edison right-hand man and creator behind the national power grid, written with access to Insull's documents.  Wasik also tells the story of another manufacturing giant Nikola Tesla in Lightning Strikes: Timeless Lessons in Creativity from the Life and Work of Nikola Tesla (Coming Oct. 11.)

* Christian A. Larsen, author of the sci-fi-flavored Losing Touch about a man discovering he an walk through walls (with a foreword by Piers Anthony),  and The Blackening of Flesh, about a teen's home being haunted by Prohibition-era gangster ghosts.

* Michelle Cox, author of  A Girl Like You: A Henrietta and Inspector Howard, a murder mystery set in 1930s Chicago, part of a series. (She also has interesting stories of forgotten Chicagoans on her blog.)

Some Fun Q&A's (moderated by Robb Chase):
*What person would you liked to have talked to or learned more about?

Watkins: "Meriwether Lewis so he could tell me how he really died. He may have killed himself, or he may have been murdered." (Lewis finished the first American expedition across the West with William Clark in 1806 at age 32. He was dead at age 35, shot twice, once in the head.)

Wasik: "I would have liked to communicate with Tesla. He came over from Europe. (Thomas) Edison put him to work as a repairman. He completely redesigned Edison's power plant. He was promised a $50,000 bonus and Edison said he was 'just kidding. You don't understand American humor.'  Edison refused to see Tesla had the superior technology."

* What would you say is more important, character or plot?

Watkins: "If you don't have complex characters, I don't think people will read far in the book."

Larsen: "What draws me into a story isn't so much what's happening as (being able to have) identification with the people in the story."

Larsen: "I'm kind of difficult to scare. I was 11 years old and saw Return of the Living Dead. I didn't stop hearing those zombies for six years."

Wasik: "The scariest thing to me are editors. You can submit a book you spent a year on it, and they'll say this is not what they want."

Watkins: "I think the scariest things are the things that can really happen. I was miles away in this cabin, I picked up a book to read. It was Deliverance."

Chase: "I remember the movie, Willard. I was a little boy when I saw it."

Cox: "I saw the movie, The Exorcist when I was 15. It took me about eight years to get over that thing."

* What one word would you say is most important to your readers?

Watkins: "Escape. I write because I want you to take a glass of wine, sit in the sun for an hour and escape."

Spreyer: "Curiosity. I want them to be curious about things around them."

Wasik: "Insight. Even the best novels provoke you to think in a different way."

Larsen: "Kinship. I want readers to experience stories through the characters' eyes."

Cox: "Intrigue. I like readers to come away really wanting to know what happens in the book."

Chase: "Acceptance. All too often we focus on the dust of our differences instead of how we're all the same."

** Be sure to come out Saturday to check out their books and meet all 29 authors (including me!)