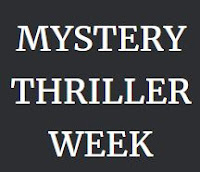 Today for MYSTERY THRILLER WEEK - Sign up for prizes, etc! * Join the Facebook page. * Check out the events and author blog posts  at the event website.


Today, I welcome Jacqueline Seewald, author of The Inheritance
(Also see my post at her blog! - and sign up for my giveaway here.)


* Be sure to read my post at Jacqueline's blog. - I also have a post on Lizzie Borden today at  The Truth About Books

What is the title and genre of your latest novel?  Why did you select them?
My new novel is entitled THE INHERITANCE. It’s a contemporary romantic mystery set in the . Choosing a title is never easy and there are a number of books with the same title, but the mystery does center around an inheritance and so it seemed appropriate.

Can you tell us about some of your other published novels or work?
My published books are varied: children’s picture books, YA novels, adult mysteries and romances. Hundreds of my short stories, nonfiction articles and poems have also been published. My novels are varied in style and subject matter but almost all have a romantic element. For example, my novel DARK MOON RISING is an adult Gothic romance with lots of paranormal elements. My YA novels THE DEVIL AND DANNA WEBSTER and STACY’S SONG are both “clean reads” suitable for teens while my historical Western romantic suspense novel THE KILLING LAND is an adult novel.

What are you working on now…what’s it about?
At the moment I’m working on a romantic suspense thriller entitled DEATH PROMISE. It’s a sequel to DEATH LEGACY which received excellent reviews. Many readers asked for a sequel and I finally decided to write one.

What’s your favorite genre to write in and why?
I really don’t have a favorite. I write in many styles and types. My short stories vary considerably from literary to just about every genre.

What is the hardest/easiest part in your book to write and why?
The hardest part of writing a book for me is the beginning. Readers these days have short attention spans. In most instances, if the writer doesn’t seize the reader’s interest from the first, then all is lost. The book won’t be read no matter how good it might be. So I write and rewrite the beginning many times.

What is your favorite setting description?
I loved writing the Kim Reynolds mystery series set in in a fictional town similar to the one I lived in for forty years. THE BAD WIFE is the fourth novel in the series. I haven’t decided whether to continue the series or not. But I do think the area provides a great setting for a mystery series.

Describe a typical writing day.
I get up ridiculously early and start writing before breakfast. I like working when it’s quiet and there are no interruptions. I usually work again for an hour or so after dinner in the evening depending on how tired I am.

How do you approach plotting a novel? Chapter outline? Rough idea? Fly by the seat of your pants?
Characters and plot tend to live in my mind for a long time before I try writing a rough, flexible outline.

What is your favorite mystery character from books or movies…and why?
I’m a big fan of Sherlock Holmes. Sir Arthur Conan Doyle was an amazing writing and the original creator of forensic science investigations. 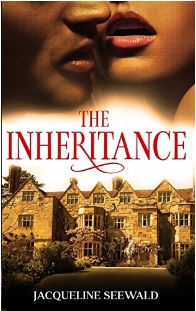 Jennifer Stoddard, a thirty-five-year-old widow with an eight-year-old son, receives a surprising letter which will change her life. Jennifer’s grandmother has passed away and named Jen as sole heir to her estate. To claim her inheritance she must return to Bloomingvale, the town in the where she grew up. Jen is informed by her grandmother’s attorney that to inherit she must meet the condition of living in her grandmother’s house for two years. Since the estate is substantial, she agrees. However, there are those who will stop at nothing to make certain that Jennifer does not inherit. Jennifer is forced to call on old flame Police Chief Grant Coleman for help and protection.


Late that afternoon as Jen left the house and started to drive away, a strange sound whizzed across the open front car windows from the driver’s side through the passenger side. She was startled by the sound. Her heart began to pound. Jen glanced over at the thicket of overgrown shrubs and trees to the side of the grounds that led back into woodlands. Had the sound been a bullet? If so, it had nearly hit her. Her hands shook on the driver’s wheel as she took off at high speed.
One block away she heard the police siren and saw the flashing lights. She groaned. Not again! He signaled with his hand, pointing his index finger for her to pull over. It was all she could do not to burst into tears.
Grant Coleman approached the car like a gunfighter in a spaghetti western. “I thought you learned something the first time,” he said. “Guess I was wrong. License and registration.” He held out his hand with a bored, impatient gesture.
“I have a very good reason for speeding.”
The smile was more of a smirk. The man was infuriating! “I’ve heard them all, but you can try.”
“As I left my grandmother’s house, a bullet passed through my car. I had the windows rolled down. So they weren’t broken, but it just missed hitting me.”
He stared at her. “Maybe it was a kid with a Beebe gun. Are you certain it was a bullet breezing by you? How familiar are you with weapons?”
“Not familiar at all, but I know what I heard.” Jen swallowed hard. “I think someone might have intended to shoot me.”
He let out a loud laugh. “In Bloomingvale? I doubt that very much.”
“So you’re not taking this seriously?” She folded her arms over her chest.
“Admit it. You’re just looking for an excuse to keep me from writing you another ticket.” His intense gray eyes bore into her like the steel blade of a dagger.
Jen raised her chin and stiffened her spine. “You are so wrong. Why don’t you check the area near the house, just to see if you can find anything.”
“Waste of time.” He leaned toward her and she felt his breath on her cheek which caused her to shiver. “Tell you what I will do though. I won’t write you a ticket this time because that’s the most creative excuse I’ve ever heard.”
“So glad I managed to amuse you,” she said.
Jen watched him drive off. He was probably still laughing, the sexy jerk. Several people had come out of their houses and were staring at her. Jen managed to restart her car and drove off before others gathered. She certainly didn’t want to make a spectacle of herself. Letting out a shaky breath, Jen wasn’t certain now if she’d really heard what she thought she had. A professional law enforcement officer didn’t think anything of it. She supposed it might have been nothing at all. Maybe it was a child with a Beebe gun as he suggested. But try as hard as she might, Jen couldn’t convince herself.
Posted by CA Verstraete at 12:00 AM