The day has finally come for me to reveal the cover for Humanity's Hope!  I'm super excited with how it turned out.  There's still no official date when it will be released, but now you know what it will look like. 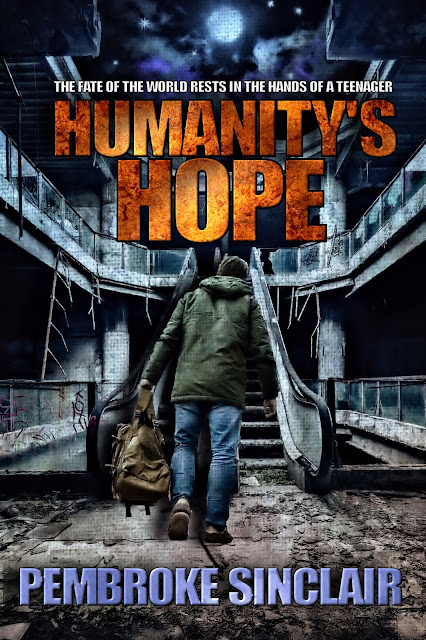 *Trigger warning: attempted suicide
Posted by Pembroke Sinclair at 12:00 AM