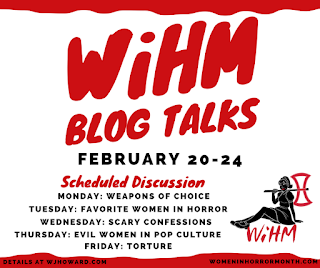 In many mythologies, Death is personified in male form, while in others, Death is perceived as female (for instance, Marzanna in Slavic mythology).

In Poland, Death, or Śmierć, has an appearance similar to the traditional Grim Reaper, but instead of a black robe, Death has a white robe. Also, due to grammar, Death is a female (the word śmierć is of feminine gender), mostly seen as an old skeletal woman, as depicted in 16th century dialogue "Rozmowa Mistrza Polikarpa ze Śmiercią" (Latin: "Dialogus inter Mortem et Magistrum Polikarpum").

Our Lady of the Holy Death (Santa Muerte) is a female deity of Mexican folk religion, whose cult has been spreading in Mexico and the United States.

DRAWING: Leave a comment during the hop and be entered for a paperback copy of my books. The more comments you leave, the more chances to win.

* See all Zrinka Jelic's books at her Amazon author page.

Books:
Rose of Crimson - a tale of two lifetimes.
Kate Rokov’s grades are plummeting. She needs to get the voice out of her head, or she will flunk her finals. Matthias Zrin, a three centuries old immortal, born into an aristocratic family as Miles Rusinic, is enthralled with Kate. It is his voice preventing her from sleeping and her ignorance is testing his limits. He wants her to write down his story to settle his late wife’s Earthbound spirit.

Bonded by Crimson - Love isn’t in the cards for her…
After her short failed marriage, Kate tries to rebuild her life and takes a position as a nanny to three small boys. She quickly grows to love them, but their father terrifies her, while igniting a passion she didn’t know she possessed. Disturbed by his distant manner with his sons, Kate struggles to make him more involved in the boys’ daily lives. Her efforts are mysteriously supported by an entity that cannot really exist. Or can she? And if she does exist, is she really trying to help Kate, or just take over her body?

Zrinka Jelic lives in Ontario, Canada. She’s a member of the Romance Writers of America and its Fantasy Futuristic & Paranormal chapter, as well as Savvy Authors. She writes contemporary fiction, which leans toward the paranormal and adds a pinch of history. Given Jelic's love for her native Croatia and the Adriatic Sea, her characters usually find themselves dealing with a fair amount of sunshine, but that's about the only break they get.