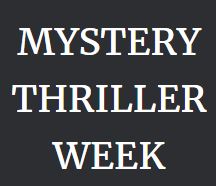 ** Today also go to Jean's blog and read about my mystery-horror-tinged book,
Lizzie Borden, Zombie Hunter! (Sign up for giveaway here to 2/22)

You’re working on a novel right now…what’s it about?
I’ve got two in progress, but the one I’m focusing on is The Dead of Night, the second Piper Blackwell book. It’s a cold case and later I add an “old” case. Having fun with it, especially the research into what forensic anthropologists do.

Do you have any more Piper novels planned?
I hope so! There are a few ideas I’m mulling over, but I got to get The Dead of Night finished first. I want to have one with lots of bullets flying.

Piper was well received. If you could go back and add a chapter, what would that chapter cover?
I would do a flashback to one of her downrange assignments in Iraq. In fact, since I really want to do one—and purchased a DVD about the 101st in Iraq for reference—I’ll probably have such a chapter in the third Piper book.

What is your favorite setting description from The Dead of Winter?
The Christmas Store. When I took a trip through the county for research, I stopped at the store, bought a couple of ornaments and a couple of pieces of fudge. I think anyone who steps into the store must be compelled to buy something.

“Nothing,” she said. “It’s nothing. Nothing.” She pulled into the parking lot of what looked like a small strip mall but was basically one long cheerful-looking store, turned off the engine, stuck her gloves in her jacket pocket, and got out. Softer: “Nothing.”
A banner read: Cheeriest Store in the World—Every Day is a Very Merry Christmas.
The air felt brittle, cold, and clean, the breeze nonexistent and the sky cloudless and bright baby blue. A big contrast to last night’s snow, which had kept plowing crews busy until the early-morning hours. The snow along the edges of the sidewalk and on the roof, coupled with the splashes of red on the exterior made the store seem too happy. Piper thought that most of Santa Claus looked too happy. It was one of Spencer County’s biggest towns, with a population chasing twenty-five hundred.
“Merry Christmas,” her dad said, his gaze sweeping across the long building. “Gotta love a town called Santa Claus. And gotta love a store devoted to Christmas.”
Piper didn’t have to love it.

In the evenings I watch a little TV and jot ideas for future stories in a notebook…oh, and toss tennis balls and tug on dog toys. On the weekends I like to indulge in role-playing and board games, keeping a notebook with me for ideas when it’s not my “turn.”

How do you approach plotting a novel? Chapter outline? Rough idea? Fly by the seat of your pants?
Usually I make detailed chapter-by-chapter outlines. The lone time I wrote a book without an outline…took me three times as long to write. With The Dead of Night I’m trying something different. There are all these scenes I want to put it. I’m outlining the scenes on 3 x 5 cards, then putting the cards in the order I want stuff to happen. It’s working fine, but the book after this I’m going back to my detailed chapter-by-chapter outlines. That’s what works best for me.

How do you build your main character?
Because I love character-driven fiction, I build the main characters before I outline the book. For example, when I decided I wanted to write a mystery, I mulled over who the lead should be. I settled on a young woman, fresh from the military, who lands a sheriff position because of her last name. Then I worked to make the character plausible. I visited the county to learn about its politics and under what circumstances she could have won the election. I called Fort Campbell in Kentucky, and the public affairs officer crafted her military background so she would feel real.

What about other characters?
Next, I built Piper’s “second,” a chief deputy old enough to be her grandfather, Jewish, and not pleased she bested him in the election.

THEN I started ladling in the plot elements, alternating some chapters from these characters’ points of view.

I really like these characters. I’m glad I’m putting them in another book.

What is your favorite mystery character from books or movies…and why?
Harry Bosch is my favorite character. Because he is Harry Bosch.

What lured you to writing mysteries? What’s attractive about the genre?
All the while I was writing fantasy and science fiction I read mystery novels. I didn’t want to read in the genre I was writing; didn’t want to be influenced. Problem was…I was being influenced. I was being drawn deeper and deeper into cozies, suspense, hardboiled, and all the other taglines for mysteries. I was reading these books and wanting to write those books. And I started attending mystery conventions.

Writing a mystery is attractive to me because they’re more difficult—for me, anyway—to write. I have to use the real world, not one of my own sculpting. I have to obey real-world laws and follow roadmaps and weather patterns. I am loving the challenge and the research, though. 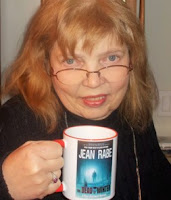 * Learn more at Jean's blog, visit her website or her Amazon author page. You can subscribe to her fun newsletter here.

* Don't forget to check out the Mystery Thriller Week website   for other events, blogs, contests and more!