Who doesn't love pirates - and check out this cover! New YA Epic Fantasy! 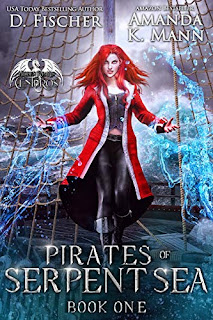 Remini Draven loved being a pirate.

She enjoyed plundering villages and discovering legendary treasures just as much as the next guy on the Black Moon ship. But, when a deal was struck between the Captain of the Black Moon and a sniveling merchant, she walked away from life on the Black Moon.The deal that was made was unforgivable. Genocide. The merchant wanted the Black Moon crew to steal an amulet that will destroy the sirens. Remi refused to be part of it.

And now . . . now she has to find a way to save the sirens before the Black Moon reaches them, and the amulet.