The perfect zombie topic today... as there have been several science developments lately regarding brains, such as... 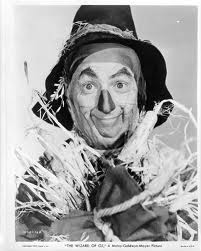 Remember that famous line from the scarecrow's song in the Wizard of Oz? "...If I only had a brain?" Well....

Holy cow!  Need one? Looks like they are growing them! Apparently the (mad) scientists have pea-sized brains growing in the lab. (I do not want to think about the monstrosities that went wrong and that you'll never hear about or see-or want to!)

That's not all! Nope!

Migraines may change the structure of the brain... a study shows that migraine sufferers show "abnormalities" on MRIs though they don't know which is the cause and which is the result and would recommend further testing. But doctors also say it doesn't seem to be cause for concern.

And... it seems mice get forgetful as they age, too. A recent study shows that less of a certain protein in the hippocampus in the brain may cause forgetfulness...and boosting it may correct the problem. So it may be reversible?

So, gotta keep those brains healthy since we might be needing them, right?