Today is Teaser Tuesday at I Should Be Reading. (See post at http://adailyrhythm.com/) 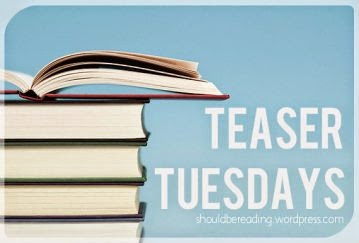 • Grab your current read
• Open to a random page
• Share two (2) “teaser” sentences from somewhere on that page
• BE CAREFUL NOT TO INCLUDE SPOILERS! (make sure that what you share doesn’t give too much away! You don’t want to ruin the book for others!)
• Share the title & author, too, so that other TT participants can add the book to their TBR Lists if they like your teasers!

, (which I shared here last week).


Next up on the TBR pile: 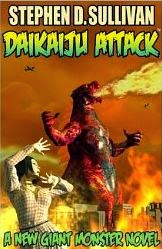 For a change of pace, I'm sharing a different kind of book - a great giant monster - Godzilla read - Daikaiju Attack

He's a pretty versatile guy, writing all kinds of stuff (including Dungeons & Dragons, Dragonlance, etc,), but I think this was one of his best, and most fun, reads of his recent works (and maybe more female-oriented, at least to me.) I'm a fan, having grown up watching the old monster movies, (Mothra was a favorite), so this is a great take on the giant monster stories. I guess I also like it since the character works in newspapers and I have a newspaper background. Plus, who doesn't like Japanese monsters??

I admit reading this first as  serial story, but it will be fun to read it as a whole book.  And I LOVE the colors on this book and the title text is cool! (Fan of bright colors. The cover is more vivid in real life.)

It’s 1966. The Space Race has blasted off, the Cold War is heating up, and Giant Monsters are attacking Japan!

News photographer Akiko Natsuke’s life fell apart when she caught her boyfriend cheating. But she didn’t expect that night would literally herald the End of the World -- not until she found the creature lurking in the meteor crater. Now Japan’s top scientists and military brass are racing to protect the country from rampaging monsters, while Akiko finds herself caught between salvaging her personal life … and saving the world. - from Amazon.

But, no. Akiko was stronger than that. She wouldn't give Shinobu--or that tramp--the satisfaction.
The newspapers, even the Tribune, where Akiko worked, painted Miss Tadaka as pure and innocent; that was part of her appeal.
Ha!

I'll also include another couple lines from my book: GIRL Z: My Life as a Teenage Zombie   - (See Amazon sites or website)

Sixteen-year-old Rebecca Herrera Hayes faces every teenager's biggest nightmares: bad skin, bad hair, and worse . . . turning into one of the living dead. Now she's part-zombie... with weird quirks and habits no teenage girl wants to be known for.

But... time is running out. Becca  needs to find something, anything, to stop this deadly transformation-- before it is forever too late...

The next time the pains started, I frantically searched the room for something sharp.
End it.
End the gnawing inside. End it all.
Posted by CA Verstraete at 12:00 AM