Want something a bit different? 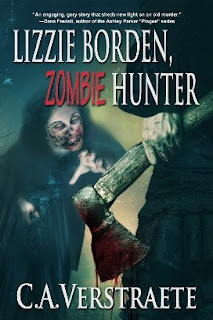 Every family has its secrets…
One hot August morning in 1892, Lizzie Borden picked up an axe and murdered her father and stepmother. Newspapers claim she did it for the oldest of reasons: family conflicts, jealousy and greed. But what if her parents were already dead? What if Lizzie slaughtered them because they’d become zombies?
Thrust into a horrific world where the walking dead are part of a shocking conspiracy to infect not only Fall River, Massachusetts, but also the world beyond, Lizzie battles to protect her sister, Emma, and her hometown from nightmarish ghouls and the evil forces controlling them. 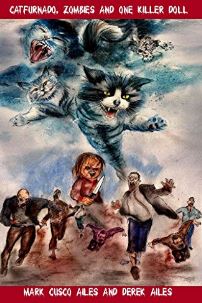 21 brand new chilling tales to take you over the edge. The Ailes Brothers of Terror bring you killer dolls, a real zombie outbreak during a zombie convention, a catfurnado, an alien invasion, misfortune cookies, demons, mega sinkholes, drones, executioners and more. The nightmare doesn't stop when the Ailes Brothers take you on a thrill ride of terror.

CATFURNADO is a collection of horror stories that takes the reader on a new genre high that lingers and tingles long after the lights are out! Penned by authors Derek Ailes and Mark Cusco Ailes, each story is crafted with a literary finesse rarely seen but so appreciated by hungry horror readers.

IT’S MY BIRTHDAY is a spellbinding tale of the birthday Teddy bear with a gruesome but oh-so welcomed gift for his new owner. Thank goodness Mr. T. Bear is one of a kind! Then there’s JUDGMENT NIGHT, the story of a drunk driver who gets the ultimate lesson in sobriety is riddled with shocking irony. But it’s CLAWS, a riveting short about a kitty whose deadly Mama gives a whole new meaning to “If Mama ain’t happy, nobody’s happy!” These are just a sampling of the delicious chills lurking inside CATFURNADO!
Posted by CA Verstraete at 10:34 AM