New Series: The Other Side of Writers, Meet #Mystery Author Mary Cunningham 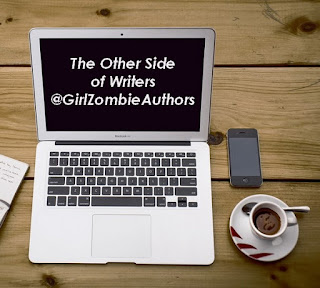 You can't help but wonder sometimes - just who is that person behind the book or story?  What do they do when they're not writing? What are their interests or hobbies?

Well, this new series will lift the veil a bit and show you who these various authors are outside of their creations!

She talks about one of my favorite topics, genealogy. And in this case, it seems those old family tales had some truth to them!

Discovering (and writing about) My Ancestors

Thanks, Christine, for inviting me to share my hobby with your blog readers. While I love sports (I’m a tomboy from waaaaay back), swim, and play a little golf, my first love, after reading and writing of course, is genealogy.
Family Search has become one of my favorite websites. I’ve traced my family tree, on my mother’s side, back to kings and queens in England, France, and Scotland.
I relax by digging up research about my ancestors. Sometimes I relax, too much, and hours have gone by before I know it! My time and interest in family members and stories paid off, however, by sparking a five-book middle-grade series, Cynthia’s Attic.
When I realized a recurring dream I’d had for almost 20 years was about a mysterious attic was in the home of my childhood best friend, Cynthia, the writing, and my search for characters, began. It didn’t take long to realize genealogy could provide some interesting characters. 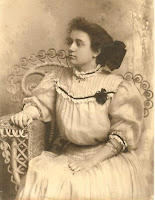 Like most of us, I had regrets about ignoring my grandparents, and even my parents, when  I was young. Their stories about “the good ol’ days” bored me to tears. (I would’ve much rather been outside, playing baseball.)
So, when I came up with the book idea to send Augusta Lee (Gus) and her best friend, Cynthia, back in time to meet their 12-year-old grandmothers, Bess and Clara, I found the perfect opportunity to honor my ancestors by sharing adventures with them.
Besides my grandmother, I wrote about my dad, my mother, great-grandparents, Charles and Samantha, and even my great-great-grandparents; the best story of all!

As I mentioned above, I had no use, back then, for old family stories; with one exception. According to family legend, my great-great grandfather, Augustus Bulleit, made a living transporting “produce” from his farm in Southern Indiana down the Ohio and Mississippi Rivers on a flatboat. He sold his “produce” all the way to New Orleans until, during a fateful trip in 1860, he disappeared. Although some of the “produce”, along with his boat, was recovered, no trace of him, or his remains, was ever found.

Lots of speculation surrounded his disappearance. Did he simply vanish into the streets of New Orleans to escape the responsibility of providing for five children (four additional children died in infancy) and a wife, Marie Julia, who had a somewhat less than sparkling personality? (See for yourself!) Or... was he murdered for a boat full of corn and soybeans? That sounded implausible, even when I was a 10-year-old! 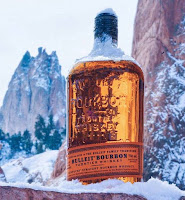 Ah-ha! Mystery solved years later when we discovered he was actually the maker and transporter of his own rye bourbon. I suppose those who knew the truth thought his image would be tarnished if it was discovered Gramps made and sold booze for a living. These days his reputation is spread far and wide with sales of Bulleit Frontier Bourbon. A couple of decades back a very smart cousin of mine discovered the old recipe and decided to revive it. Now, it’s one of the leading rye bourbons in the world.

So, what does this have to do with writing, you ask?

The third book in the Cynthia’s Attic series, Curse of the Bayou, is loosely based on that fateful trip. The two best friends time-travel back to Louisiana to see if they can discover what happened to Augustus, or Beau, as he’s portrayed in the story. Do they find him? Guess you’ll just have to read the book!

Bottom line is, I wish I’d spent more time “researching” my relatives while they were still alive. Oh, the stories I could’ve written about their childhood, or what they remembered about their parents and grandparents. While I enjoy writing fantasy, I sometimes wonder how exciting the real story could’ve been. Don’t you?

Mary Cunningham, grew on the northern side of the Ohio River in Corydon, Indiana. Her first memories are of her dad’s original bedtime stories that no doubt inspired her imagination and love of a well-spun “yarn”. Childhood experiences, and a recurring dream about a mysterious attic, inspired characters, Cynthia and Augusta Lee, for her award-winning middle-grade series, Cynthia's Attic.

Through a horrifying stint as a travel agent and a more rewarding experience teaching travel and tourism, Andi Anna Jones, travel agent/amateur sleuth, sprang to life in her latest, Margaritas, Mayhem & Murder, Andi Anna Jones Mystery Book 1. Book 2 is on the way!
currently writing another middle-grade series, The Adventures of Max and Maddie, an adult mystery, For the Life of Claire, and the biography of an army brat/former UConn basketball star. She is a member of The Georgia Reading Association, and the Carrollton Writers Guild.
When not writing, she enjoys golf, swimming and exploring the mountains of West Georgia  with her husband or spending time with their three children, two granddaughters, a grandson, great-grandson, and an adopted, four-legged, furry daughter, Lucy.

Stay tuned for our next guest!