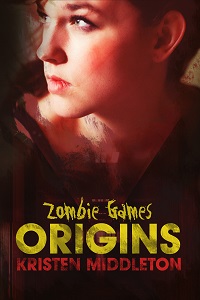 “Did you hear that?” Sara whispered.
I froze. “What?”
She grabbed her gun and hurried over to the balcony door. “I’m going to sneak on the deck, see if someone’s out there. I thought I heard voices.”
I felt a prickling sensation go up my spine. “Be careful.” We didn’t have steps leading from the deck, but that didn’t mean someone couldn’t somehow climb up from below. It was heavily wooded behind the house, a great place for someone to hide.
She crawled out on her hands and knees and peered through the slats.
“Do you hear or see anything?” I whispered loudly as she looked over the side of the wooden railing.
She held up her hand to silence me.
A loud scream ripped through the darkness, startling both of us. Sara gasped and scurried back inside. Her face was a mask of terror.
“Who was that?!”
“I don’t know,” she said in a strangled voice.
“Did you see anything at all?”
She shook her head. “It’s too dark out there.”
There was another terrifying scream, this time much closer to the house. It sounded female.
Sara took a deep breath. “Okay, I’m going to check it out. Stay here, I’ll be back.” Before I could respond, she rushed down the steps to the front door.
I picked up the Beretta and hustled after her.
“What are you doing? Stay here,” she demanded, slipping on her shoes.
“No, I’m coming with you. You might need my help.”
Sara sighed. “Fine, but you do exactly what I tell you to do and stay close.”
I nodded and she opened the door. As we stepped outside, I could hear faint cries somewhere on the other side of the cul-de-sac, behind one of the houses. Strangely, Charlie wasn’t outside barking his head off.
“This way,” said Sara as she rushed across the street, heading towards the Hendrickson’s dark rambler.
I froze in my tracks; it was starting to feel a lot like déjà vu. My palms grew clammy as I tried to find the courage to keep moving.
Sara turned around and waved her hand frantically. “Come on,” she whispered loudly.
I swallowed the lump in my throat and hurried across as she started moving again. She was really fast for being pregnant, which I contributed to her military training. I thought I was in fairly good shape but I struggled to keep up with her.
We went around the Hendrickson’s fence to the next yard over and paused behind a small wooden shed.
Sara’s eyes widened with alarm. “Over there,” she pointed through the darkness.
I could barely make out the three figures, but it looked like a woman and two soldiers. The three were less than a hundred feet away. She was crying hysterically and appeared to be running from the men.
I turned to Sara in shock. “This seem wrong to you? They’re supposed to be the good guys.”
“Something’s definitely wrong,” muttered Sara, unconsciously rubbing a hand over swollen belly.
We slipped through the trees towards the men, who were focused fully on the desperate woman. The soldiers were staggering, as if they were wounded and the distance began to widen between the woman and her pursuers. As we inched our way closer to the soldiers, I gawked in disbelief.
“Oh, God,” I whispered.
The two soldiers looked like something out of a horror movie. Their clothing was torn, they were filthy, bloody, and missing some very important body parts; one man an arm, the other a hand and part of his face. But they were still moving, and fairly quickly for being so injured.
How? I wondered incredulously.
The taller of the two must have somehow sensed something, because he stopped and turned towards us. Then he opened what was left of his pitted face and made a screeching noise, one that chilled me to the bone.
I swallowed. “Um…Sara?”
The other one whipped its head around and growled.
“Get your gun ready,” demanded Sara.
Suddenly the two hideous men charged towards us and I gave a startled gasp.
Sara raised her pistol. “Stop, right there!” she yelled. “Don’t come any closer!”
They ignored her and kept stumbling towards us.
“Cassie, shoot them if you have to,” she said.
As they moved closer, I felt as if I was losing my mind. Blood dripped from open wounds on the soldier’s skin, their eyes were red and unfocused, and their mouths…they seemed to be almost salivating.
Sara’s lips curled in disgust. “God, they stink.”
The taller one lurched towards Sara and her gun went off. Blood and brain matter sprayed everywhere as he dropped to his knees, falling on what was left of his dreadful face.
“Watch out, Cassie!” yelled Sara.
The second man was almost upon me. I raised my trembling hand and fired, hitting him in the shoulder. He paused for only a second and then charged at me again. I fired a second bullet, this time taking out his ear.
“Damn it!” I cried. I’d never had to shoot anything but inanimate objects before.
Sara shot him in the leg. He grunted and then fell to the ground.
“Stay back, Cassie,” she demanded, inching slowly towards him.
His face was grayish in color and mottled with weird patches. Something green bubbled out of his nose and I had this sudden urge to find him a tissue.
“What happened to him?” I asked, staring with fascinated horror.
She shook her head. “I don’t know. I’ve never seen anything like it before.”
He growled and reached out towards Sara with his one good arm, the other one just a stump of flesh.