Some of us actually do write other things besides stories about zombies. For a change of pace, I'd forgotten I had the perfect short little mystery story for St. Patrick's Day...

I reprinted the story (originally published in Mysterical-e) on my website blog... 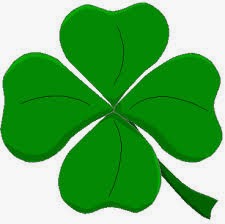 The Luck O' The Irish
By Christine Verstraete

The car lurched into another pothole, prompting Robert O'Flannery to check the address his wife Margie had written down and tossed wordlessly at him earlier that morning.
He hadn't turned wrong. Three twenty-was that a zero, a six? Anyway it was Sycamore. He was going the right way. The house numbers were getting smaller, just as the houses themselves and the lots they sat on were getting larger the nearer he came to the lake.

His anticipation, along with his suspicions about his wife's motives, grew during the drive. She'd given him some decent leads in the past, but she hadn't shown much interest in his work since the real estate market had started bottoming out.

He didn't want to admit that she hadn't shown much interest in him at all lately, except to throw a coffee mug at his head for coming home flowerless on Valentine's Day. Given their rocky relations, her sudden generosity was odd.

No matter. Even if she hadn't, he wasn't about to look a gift house in the mouth, he thought, laughing at his clever rephrasing... Read the rest...
Posted by CA Verstraete at 12:00 AM