I recently read an article about how zombies are taking over academia.  It talks about how zombies are being taught in college classes as metaphors for social concerns.  I, of course, totally believe this is the case, and since I'm trying to get a nonfiction book published about zombies, I thought it was fascinating and exciting.

However, not everyone thinks this is a good idea.  Zombie films are notoriously gory, so teaching it in high school, which some people have, upsets parents.  Heck, it upsets some parents at the college level.  Other professors also think this teaching subject was ludicrous.  They don't believe the subject matter is appropriate for higher level education.

When I was an undergraduate, the professor who later became my thesis committee chair taught a class about horror and science fiction films.  In it, he mentioned that ALL movies make a comment about society.  It doesn't matter if it's a romantic comedy or a Disney cartoon.  But he said that if you really want to know what stresses society out, you have to watch the horror films.

I understand that not everyone enjoys horror.  I understand that zombie films can be overly gory and hard to watch, but they still have an important message.  There's a reason they strike a nerve with the public, and that's the point.  They're supposed to make us look at ourselves and question what we do.

I've always been a champion for the "underdog" movie.  My thesis and my nonfiction book was on slasher films, a genre that has been condemned by many.  I enjoy reading between the lines on these films.  I love that because they are "low brow" they can make comments on society that other films might be afraid to.  They get written off because they aren't mainstream, but they also have some of the most honest comments about society in them. 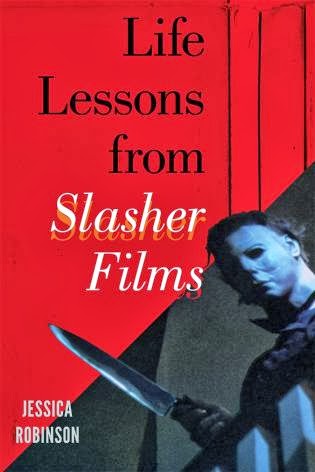 The great thing about college classes that involve zombie films is that they are probably electives.  If it offends you, don't take the class.  But don't judge others who enjoy that kind of thing.  They may be the ones who have to save you when the dead rise.
Posted by Pembroke Sinclair at 12:00 AM