Women in #Horror Month - What Made Me a Horror Fan

I'm asking  some female authors to share what made them horror fans for WOMEN IN HORROR MONTH. I'll run the posts as I get answers.

Stevie Kopas is author of The Breadwinner Trilogy,  (The Breadwinner, Haven, and All Good Things, coming out this March from Permuted Press.)


About the books: The end of the world is not glamorous. In a matter of days the human race was reduced to nothing more than vicious, flesh hungry creatures. This three part story takes you into the world of the survivors, coming from different generations and different sides of the tracks, they all share one thing in common: who you once were can no longer determine who you will be in the face of catastrophe

She says, "I think my earliest memories of horror was Faces of Death, and because I didn't think it was real it didn't scare me, and so I suppose I desensitized myself to horror after that."

GirlZombieAuthors - (I don't even want to think about that movie. Horrible for sure!)

horror bug. Not surprisingly, she has written a vampire tale or two,

including a story in Wrapped in Red: Thirteen Tales of Vampiric Horror

. See some of her other stories and anthologies on her Amazon page.

She says, "The first horror book I ever read was 'Salem's Lot' at the age of around eight. I'll be honest, the vampire embossed on the cover caught my attention, and in spite of my mother's best efforts to hide the book, she didn't try that hard. I mean, under the bed? Come on."

By Christine Verstraete
author of GIRL Z: My Life as a Teenage Zombie

I blame my mother for turning me into a horror fan.

I clearly remember her sharing how afraid she was, and the  nightmares she had after watching the classic black-and-white movie, Frankenstein, with Boris Karloff (1931)  as a child. For a child born in the 1920s, of course, this was true horror--something unimaginable and frightening as anything since such imagery had never been seen before. 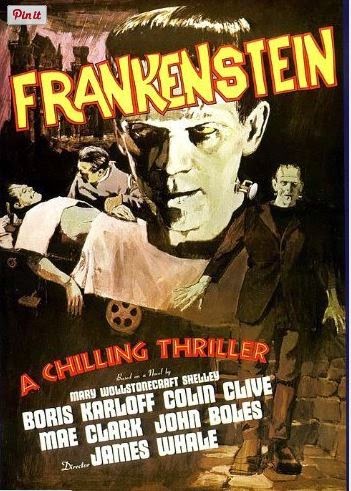 I don't remember how old I was when I first saw it, but the movie always stuck with me, as did the other Universal film studio monster movies like the Wolfman and Dracula. For a viewer of today, they're frightening, but in a different way, without all the blood and gore. You also felt a kind of pity for the creatures, especially for poor, deluded Larry Talbot in the Wolfman, or the monster in Frankenstein who couldn't help how he had been made.

As for books, as I've mentioned before, I can still remember reading Stephen King's Pet Sematary alone... late at night... everything quiet - and then the dog thumped his leg on the floor. I must've jumped 20 feet.  (I still love to re-read that and Salem's Lot.)

Fictional and movie horror is popular, I suppose for good reasons - you go to a movie or read something that sets your heart pounding  - but it's safe since it's not real.  The scares became more terrifying, later, of course.  To this day, the 2008 movie,  The Tell Tale Heart, stuck with me. (You can watch the full movie here.)

But no matter how frightening, there is no horrible Freddie Krueger actually entering your dreams. No vampire haunting you at night. Yes, no zombies clambering at the door to get at you.

It's like riding on a roller coaster in the front seat - it's a thrill, a scare, and then it's over. (Hopefully with no mechanical malfunctions or really bad nightmares later.) Maybe it's that there are enough real-life boogey men and fear in the world that make the fake ones so appealing. It lets you get scared in a good, and safe way, right?

Your Turn: Share - what turned you into a horror fan?