I've asked female horror authors to share their thoughts on what made them horror fans for  WOMEN IN HORROR MONTH. 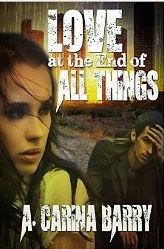 A. Carina Barry is the author of Love at the End of all Things

, a "zombie-esque horror-romance" set in the apocalypse which asks, Can Love Survive the End of the World?  Her scariest film memory?

"I think the earliest horror film I saw was a version of Dracula. The brides eating a baby was pretty shocking to catch when I was a kid. I also remember watching them at late-night slumber parties. Some were scary, some were so bad as to be silly, but it's almost a rite of passage to see if you can keep from being as scared as anyone else by a horror movie when you are young.

"Oddly enough, I don't usually think of myself as a horror-fan, yet I have a lot of Stephen King. I've read Clive Barker, and dearly loved "Something Wicked This Way Comes" when it came out.  I know I took time to ask about the genre and read up on books recommended to me. Yet sometimes I forget how much of my shelf is dominated by them. I enjoy a lot of fantasy and the dark, gritty urban fantasy seemed to be a lovely merging of the two and that's been grabbing my attention a lot more of late. Yet, once I began writing, I finally saw how all those wonderful hours in the horror genre came out. It shows up as horror stories, chilling tales, and finally, some very dark, scary scenes in my other (supposedly) non-horror books. I like to say, 'I started in horror and it bleeds into everything.' It's amusing and true.

"Much like Stephen King's "Dragon's Eye", I can write other things, but eventually that horror streak will pop out. It's something I discovered over time, and you know what? I'm really good with that. I love making people fear for the health and well-being of my characters regardless of genre. I want you to bite your nails, pull the blanket tight, and stay up way too late. That was the funnest part of reading horror in the first place!" 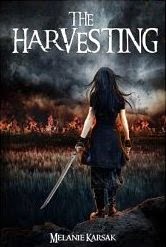 , Midway and coming soon, The Shadow Aspect, Book 2), says, "I’ve always loved spooky tales. I remember checking out my first joke book from the library when I was in elementary school: it was about ghosts and mediums. My favorite kid’s story was Bunnicula: A Rabbit-Tale of Mystery

- the tale of the vampire rabbit. Even before my dad started ignoring PG-13 ratings, I would lay in bed, my heart pounding, while my dad watched Tales from the Dark Side. The theme music made my skin crawl.

"It wasn’t long after, however, that I started my steady diet of horror and Sci Fi movies. We watched all things scary: The Crypt Keeper, Alien, Mad Max, Night of the Living Dead, Night of the Comet, The Omega Man, and so on. My father and I consumed all things speculative fiction. I can’t say that there was any one horror movie that really grabbed me, but I loved all things scary. I loved the feeling of terror and the new, dark worlds the authors created." 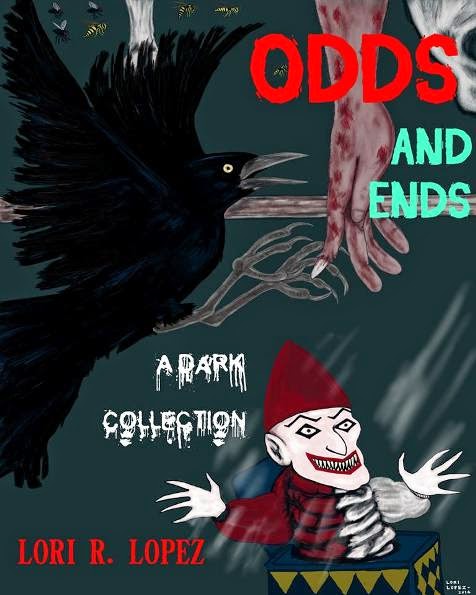 Lori R. Lopez is the author of assorted horror and illustrated books, including her latest, Odds And Ends: A Dark Collection

, what she calls "an assortment of the weird and wonderfully grim."

Movies also made a big impression on her, she recalls: " I remember seeing the Hammer

Frankenstein films (six film British series with Peter Cushing) when I was pretty small, and they made a very lasting impression. There were other scary films around then that fascinated me too, but none as much as those. When I read the Frankenstein novel by Mary Shelley around age 10, I wept for joy as much as for sorrow. It was a beautiful story, and I felt a profound connection with it. (* Read the free e-text of Frankenstein at Gutenberg.org)


"Of course, before I could read I was bugging everyone older to read the children’s book Where the Wild Things Are

to me. It had monsters, so I relate it with horror because I loved that it did. I wanted to sail off to that island. When I learned to read, I continued to check it out from the library. It was my first favorite book. I recall my mother being a bit concerned about me loving monsters so much. Once I pestered her in a store to buy me the magazine FAMOUS MONSTERS OF FILMLAND because it had Boris Karloff as Frankenstein’s Monster on the cover. I was drawn to odd tales with tragic figures similar to FRANKENSTEIN, such as Victor Hugo’s THE HUNCHBACK OF NOTRE DAME. I myself often create weird forlorn protagonists, and I mention FRANKENSTEIN in some of my works. It truly stayed with me."