October Frights  - all kinds of scary fun! A book fair and more! See A. F. Stewart's site for all the details! * There is also an October Frights Panel  - on YouTube.

* How about some freebies? Check out the October Frights Giveaway from Oct. 1-31!

* Check out the Book Fair!

Keep checking back as more titles are added!

* You can also get a free sample preview of the Lizzie Borden, Zombie Hunter series - see my website - cverstraete.com 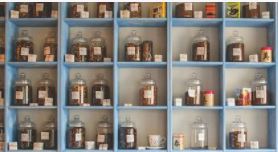 “Mabel, that kid needs to go do something and get out of this house. When I was his age…”

His wife shut out the oft-repeated recitation about what Harold said he used to do years ago. These days, she was lucky if he moved out of the recliner.

Despite his nagging, Mabel realized her husband had a point. Her lazy stepson did need to do something besides sit in his room.

She looked up at the whiny voice coming from the stairs. Its owner stared at her from a round face wearing coke-bottle glasses. She shook her head. “Yes, you have to. Go do something.”

Ernie waddled out the door, his stocky body perfect for football if he’d been at all athletic. He wasn’t.

Ernie fumbled with the bike as he pulled it out of the garage, missing the kickstand and stubbing his toe. Mabel watched him and sighed. She wished the boy was more coordinated and interested in other things outside the house. He needed friends. She decided to see he got some.

Ernie returned from his ten-minute bike ride flushed and tired. He came in, drank nearly a quart of soda and raided the cookie jar.

Mabel frowned and moved the cookies. “Ernie, no more snacking. You should cut down, you’ll feel better. Lose a little, maybe you’ll make some new friends.”

He started at her like she was the weird one. He’d tried making friends, but no one wanted to hang out with the nerdy, fat kid except for his one and only friend, Burt. He and Burt both liked playing video games. Maybe Burt was a little different. The other kids thought he was kind of strange, but he and Ernie got along fine.

Maybe he should go see what Burt was doing, Ernie decided. “I’m going over by Burt’s. I’ll eat dinner there.”

His stepmother nodded in approval. “That’s good, Ernie. Get out for a while. Have fun.”

Burt wasn’t surprised when Ernie showed up. “Playing a game,” he said.

Ernie nodded. “What you got to eat?”

“My mom’s working late,” Burt said. “I was gonna have peanut butter and marshmallow sandwiches. Want some?”

Burt jerked his head toward the kitchen. “Take the cooler upstairs. I filled it with root beer and lemon-lime. Reload the game and log in if you want to play. I’ll be back in a minute.”

Ernie lugged the cooler in and logged into the game before going back to the doorway. He peeked out, and hearing nothing decided to take a quick look around Burt’s room, something he never got to do since Burt hardly left for long.

A light in the closet caught Ernie’s eye. Now that looks interesting, he thought. Burt never left the door open. He pushed it and looked around in alarm when it squeaked. Luckily, Burt was still busy in the kitchen.

Ernie stood there in shock. Eyes wide, he stared at the closet’s stocked shelves. He never knew Burt had a secret hobby. He wasn’t sure whether he should run or throw up, but after a few minutes he leaned in closer for a better view. Row after row of jars met his eyes. Each jar held a different animal specimen. He stared, repulsed yet fascinated, at the various items. Some appeared to look back from dead, glassy eyes. He shivered.

A thump on the stairs told him Burt was on his way up. Ernie hurriedly closed the door part-way, thankful it didn’t squeak again. He grabbed a book from the shelf and plopped on the bed. Ernie hurriedly flipped the book around so the title, Undead Dinosaurs, was right side up just as Burt came in.

Burt nodded at Ernie before he set the tray on the table. “Found some pizza rolls, why it took so long. I just got that book. Whaddya think?”

“Pretty awesome art,” Ernie said and grabbed a pizza roll. He took a bite, making sure to block the image from his mind of the blood-red jars in Burt’s closet.

More than once, Ernie found his thoughts going back to his friend’s weird collection as they played the game. He knew he’d better get his mind on what he was doing when Burt swore at him a second time.

After a couple hours of bad play, Ernie decided to go home. On the way he thought again about his friend’s hobby, this time with new appreciation. It was a good way to expand his scientific knowledge, he decided. It could even prepare him for the taxidermy job at the natural history museum he hoped to have someday.

He walked in the door with an idea of how to develop his new hobby. Even his mother seemed excited when he asked her for some mayonnaise jars to start his collection.

“Why, that’s wonderful that you’re starting a hobby.” She got a few clean jars from the pantry. “Isn’t that great Harold? The boy’s collecting things!”

Ernie found it easy to sneak out of the house in the wee hours of the night while everyone slept. No one even suspected he’d gone out.

Several days later, Mabel started griping about all the time Ernie spent in the basement. Her complaints turned to screams as she got a closer look at Harold still seated in the chair, his bloody face turned toward the TV.

Downstairs, Ernie hummed as he admired the pretty colors in his collection. The Jar of Eyes had a nice assortment of blue, green, and now brown eyeballs. The Jar of Toes had some pretty pink, purple and green painted toenails he’d collected on his nightly jaunts.

He sharpened the knife, thinking of his stepmother’s bright red fingernails and the two-tone manicure he’d seen on the lady next door.

Time to start a new jar.