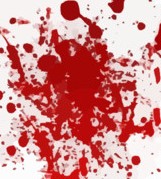 Thought we'd kick out the new blog with a little intro about us. Be sure to check out our pages and come back for all kinds of zombie and horror fun! Yes, fun... heh-heh-heh! We'll be talking books, movies, and whatever strikes our collective fancies, so stay tuned... 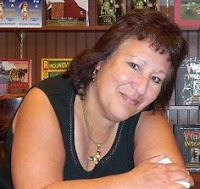 I'm Chris Verstraete, author of the upcoming YA novel, GIRL Z: My Life as a Teenage Zombie (coming in 2013 from Intrigue Publishing), and a recent zombie convert.

Well, maybe not that recent.... I've been a big horror fan all my life. I mean, what can be better than a good scare, right? I came onto the zombie fiction writing scene a few years ago, though I'd seen some movies before that (good and mostly bad.) But like everyone else, I saw The Walking Dead and was hooked, even if some of the creatures are well, okay. admit it--kind of gross. But it's the story that hooks you.

I've done some short horror and played with a touch of humor in a previous zombie-related short story, THE KILLER VALENTINE BALL. But thinking about a new twist on zombies led me to  ponder, what if a  young girl is scratched, but only partly transforms? What would happen? And given my penchant for odd humor, I had to make it funny (humor being subjective, of course.) Hence, GIRL Z was born... can't wait to see what you think!
** See website for synopsis, ebooks and short book trailer. 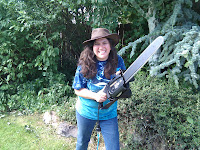 I'm Karina Fabian, and I write mostly fantasy and science fiction, though I have delved into horror and written a devotional.  I've got eclectic interests, and invite you to check out my website, http://fabianspace.com, pick a genre and explore.  Many of my stories are humorous and satirical, so when Kim Richards of Damnation Books asked for some zombie stories, that's the angle I took.


The Neeta Lyffe, Zombie Exterminator stories are as much an irreverent look at our near future as they are about zombies.  In them, we've managed the zombie contagion, making them less an apocalypse and more a pest control issue.  Neeta Lyffe is an exterminator in California with an unusual specialization--zombies.  With chainsaws, laser swords, napalm grenades and cleaning chemicals, she'll handle your undead issues.  Now, if only she was as good handling her living issues!  You can learn more at http://zombiedeathextreme.com. 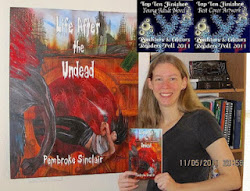 I'm Pembroke Sinclair and when I first started writing, my goal was to be classified as a sci fi/fantasy writer.  But as I honed my skills and found my writing style, I found that I enjoyed writing in several different genres.  Now, I write an eclectic mix of fiction ranging from Westerns to horror to sci fi to fantasy.

The first story I had published was based on one of my spouse's guiding adventures.  After that, things just fell into place.  I've had several short stories published in several different places, and I have two novels, with a third on they way, and I recently signed a contract for my fourth.  One of my short stories, Sohei, was even voted as a "Best of 2008" story by the Cynic Online.


I've written several books including, LIFE AFTER THE UNDEAD and DEATH TO THE UNDEAD.

* See details at my blog. * Check out the LIFE AFTER THE UNDEAD book trailer. 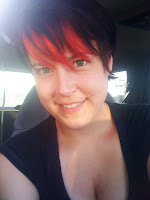 I am Sabrina James Riley; Mother, horrible cook, worse athlete, English freak, lover of sushi, and author. My first novel was The Loki Variation, a story about a different kind of zombie outbreak, and how people who start off as strangers become as close as a family in order to make it.

My short zombie story, Wesley, is a pretty rare perspective on the change from human to zombie, and the cycle that starts an epidemic, with maybe a hint of humor. It's being featured in the highly-anticipated horror comic anthology, Skin Crawling Comics, coordinated by Rachel Pandich.

I have a fascination with zombies, and while I like the classic, slow-moving Romero zombies, I love the fast, rage-filled, superhuman 28 Days Later zombies. I live in Florida with my zombie-loving husband, my two daughters, and a few too many pets.