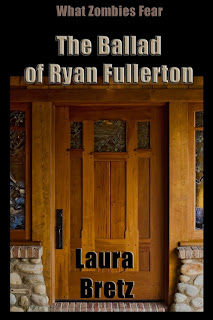 Today, author Laura Bretz is letting her character Ryan from her short story, "The Ballad of Ryan Fullerton," part of the WHAT ZOMBIES FEAR universe, do the talking.

** Follow Ryan Fullerton, high school guidance counselor and zombie apocalypse survivalist as he descends into madness and redemption in this short story set in the What Zombies Fear universe.

Laura teams up with author Kirk Allmond  in books 3 to 6 of the series and the short story, The Farmer's Daughter. (Descriptions from Amazon.com)

Book 3: What Zombies Fear, The Gathering - Victor Tookes is no longer content to sit back and watch the world go to the hell. "The Gathering" starts Victor's quest to rid the planet of the zombie plague once and for all. ...And yet with each stop they make, the areas are too quiet. Where have all the zombies gone?

Book 4: In Fracture, Tookes and crew continue their trek across country, encountering old enemies and new. The trip takes everything the heroes can muster as they struggle to overcome the depths of human depravity and make it to California in time to save John's family.

Book 5: Declaration of War: Victor makes it back from California, but not after suffering some heavy setbacks. The team he has worked so hard to build is fractured. Just when things have started to calm down, Max learns some startling information, and overnight, things go from not so bad, to a Declaration of War.

Short story: The Farmer's Daughter - It's been two and a half years since the parasite wiped out most of humanity. With the E'clei queen destroyed, the super zombies left on the planet have started their own individual armies and are still bent on wiping out the human race.

Victor Tookes heads to the local farm store where he meets a girl who's been surviving on her own, only to watch her abduction at the hand of one of those super-zombies who happens to have a taste for blondes.Victor once again goes to war in an attempt to rescue the girl before she is eaten.


Ryan, tell me about your childhood?
We all lived near my grandparents who owned the top of the mountain and almost a thousand acres in Gander Valley just south of Roanoke.  My father and his four brothers were each given ten acres along the road in the valley when they turned eighteen.  The whole family pitched in in those days to build a house on those lands, that’s where I grew up, neighbors with my cousins and just down the river from my grandparents.   I have twenty-seven cousins.  Most of them went to college and moved away from the valley, just me and my cousin Emiline stayed.

What made you decide to stay in Gander Valley?
I met my wife Kelly in college.  I wanted to go off and adventure with her, maybe backpack across Europe, but she was firm, she wanted to get back home and help people.  She has always had that drive.  Life with Kelly is all the adventure I need, as long as she and I are together, nothing can stop us.  It wasn’t a tough decision.

What would you say is the best advice you ever received?
My father told me, “Son, when you find a good woman, don’t ever let her forget how grateful you are to her for putting up with you.”  I’ve followed that advice for the seven years I’ve been with my wife, and couldn’t be happier.

What do you do for a living?
I’m a guidance counselor at Gander High.  About half of my day I spend with students, the other half is spent contacting colleges and trade schools; advocating on behalf of those students.  The kids I work with are such great people, I’m really honored to know them, and to be in a position to guide them.

What do you think is the most important thing in life?

Hrm.  Well, I’d have to say three things, actually.  Family, love and honor.  To me they’re all the same thing, or maybe components of a larger thing.  Be who you are, love with all your might, and do good things with your life.

Here's an excerpt from "The Ballad of Ryan Fullerton:"

Ryan was finishing up a session with one of his favorite students, Donte Jackson, when his cell phone rang on his desk.  He’d been the guidance counselor at Bristol High School for just over two years, and in that time he’d trained everyone he knew not to call his cell phone during school hours.

“I’m real sorry about that, Donte,” he said, swiping the ‘ignore’ key on the phone to send the call directly to voicemail.  He didn’t even look to see that the call was from his wife, Kelly.  “I think you have a good chance at getting those grants, and I think you’ll be really successful at Tennessee.”

“Mr. Fullerton, if those grants don’t come through, I won’t be able to go,” said Donte.

“You meet all the qualifications and you’re just the kind of student they’re looking for.  I think you’ll be fine,” said Ryan, trying to give the young man some confidence.  Donte was a star scholar, had managed to stay out of trouble his entire high school career and had all the right extracurricular activities, including raising best-in-show sheep for two years running in the 4H club.  Ryan spent his first year on the job trying to convince Donte he could go to college, and had spent the last year helping him decide which one was best for him.  Ryan really loved his job, and it showed in his interactions with his students.

“Thanks, Mr. Fullerton.  I don’t know what I’d do without you,” said Donte standing up to head back to class.

“I’m going to miss you next year,” replied Ryan, also standing up to shake the boy’s hand.  Ryan stood almost six inches taller than Donte, but then Ryan was used to being taller than everyone.  “Have a good day, and if I don’t see you before, good luck at the farm show this weekend.  I’ll see you next Tuesday if I don’t run into you at the show.”  Ryan always ended his weekly meetings with students with a reminder of the next one.  Most of the students looked forward to their time with their guidance counselor.

Donte walked out of the tiny interior office as Ryan sat back down and picked up his phone.  He hit the voicemail icon and listened as his wife freaked out about something.  Frustrated at not being able to understand her message, he hit three to delete the message somewhere in the middle, and dialed her number.

“Ryan! Oh my God, Ryan, thank God you’re ok,” she said before it rang even one time on Ryan’s end.

“The hospital is full of people.  They’re sick, Ry, and they’re dying,” she said, her voice clear.

“What do you mean?  What’s happened?”

“I don’t know.  No one knows.  Old man Hillsboro came in with his wife, said something about getting bitten by some stranger in the diner, and he was running a crazy fever.  The next thing I know, he leaned over and bit his wife!  Bit a piece right out of her!  Now there are twenty or thirty people here, and the Broadmore Home is calling saying they need help.  They’re saying the folks in the home are eating each other.  Ryan, something’s happening.  I’m--” 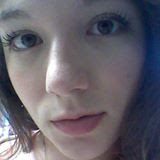 About Laura Bretz:  Laura Bretz has been immersing herself in fantasy lands, apocalyptic settings and all things impossible since she was a child.

Pretending to survive in a post-apocalypse world set fire to her imagination and teaming up with Kirk Allmond to co-author the "What Zombies Fear" series finally gave her an outlet to express and bring her characters to life.

When she is not obsessing over tenses and punctuation, Laura is usually spending time with her dogs Marty and Teddy, painting, or singing with her local Sweet Adeline's International chorus in south-central Pennsylvania.

Laura’s first solo writing project, “The Book of Kris” (www.thebookofkris.com) is coming along well.  She also has a high fantasy project in the planning stages, and continues to co-author books in the What Zombies Fear (www.WhatZombiesFear.com) universe with Kirk Allmond.  If you’d like to find out more about Laura and the status of her various projects, please join her on her facebook page, www.facebook.com/LauraBretzAuthor.