Now that Halloween is over, what else is going on in the horror book and writing world?


Well, Halloween is never really over, is it?

*  Read Stephen D. Sullivan's new Frost Harrow flash story, Lunchroom Zombies. (And check out his unique books while you're there!) 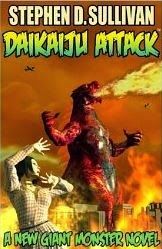 on Kindle and just released in paperback. Think an original Godzilla with a little romance, sci fi and scary monsters! (Yes, monsters!) 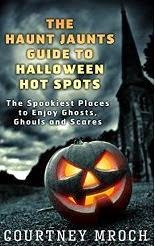 * NEW! Writer pal Courtney Mroch (who also operates the fantastic Haunt Jaunts blog, a travel guide for restless spirits) has compiled some of her cool findings into The Haunt Jaunts Guide to Halloween Hot Spots: The Spookiest Places to Enjoy Ghosts, Ghouls and Scares

Check out:
* Which Halloween haunted attractions are the “scream of the crop.”

* Which Halloween haunted attractions are really haunted and where spooks you meet may be more than just costumed actors.
* Which popular haunted places offer special Halloween festivities.
* Where the spookiest spots to spend Halloween are.

** NEW! I see Courtney also has a new spooky story out, The Shadow Stalker

under the name C. Le Mroch. (37 pgs.) (She has a way with writing interesting short stories!)

A shadow stalker terrorized Lizzie when she was fifteen years old. No one believed her then. Not her parents. Not her therapist, who theorized what she was experiencing was sleep paralysis, where victims are semi-awake but still dreaming, often of a menacing figure.


But Lizzie knew better. She wasn’t always asleep when the shadow man came.

It’s been over a decade since that horrific time in her life. She’s married with her first child on the way.

Which is why the shadow stalker has returned. It wants her baby.

* Coming soon!  Any day now! Check out Jaime Johnesee's Bob the Zombie collection, The Misadventures of Bob the Zombie - includes her three novellas PLUS a new novella and bonus short story!

*  Coming Nov. 14: Author Chantal Noordeloos has an intriguing scary novel coming out,  ANGEL MANOR, about a house with a deadly secret. Who can resist a haunted house story?  (Enter the giveaway on Goodreads. Ends 11/14) What a cool cover! 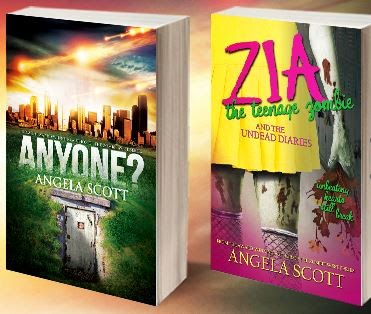 * Coming Dec. 1: Angela Scott has a new novel, Anyone? coming out.  She also is working on a teenage zombie book, ZIA, The Teenage Zombie and the Undead Diaries. Imagine that!

(Too many good reads coming! I better sign up for Amazon Prime or win the lottery. haa!)