Today's featured Christmas read is an upcoming kid's mystery, THE BOY WHO KNEW TOO MUCH by Jeffrey Westhoff .

It won't be published until next June, but it is worth a sneak peek. Be sure to make a note of it!  (This reminds me of the old Hardy Boys and Nancy Drew mysteries which I loved!)

Stay tuned for the cover reveal but here's an idea of what's coming: 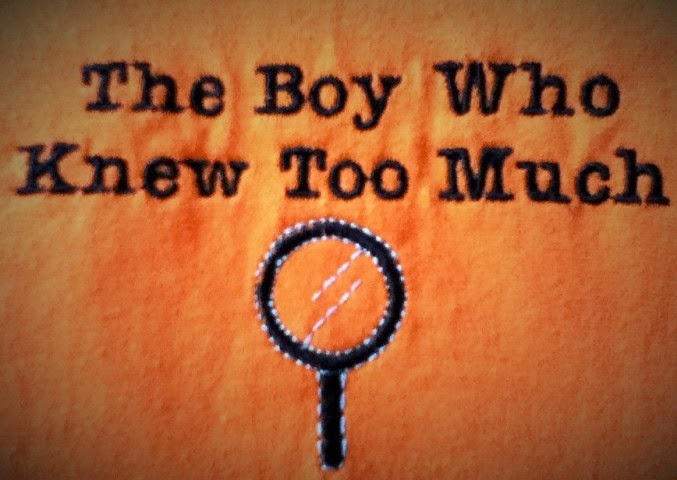 While on a school trip to Europe, Milwaukee teenager Brian Parker hopes for just a taste of the glamour and excitement of his favorite spy novels. Brian gets way more than a taste, though, when he stumbles across a wounded spy in a Lucerne alley.

The man’s dying words catapult Brian into a desperate chase across the continent. America’s latest super weapon is at stake, and everyone from a rogue CIA officer to a sadistic criminal mastermind is after it – and Brian. New enemies emerge at every turn, but Brian soon finds a welcome ally in Larissa, a beautiful French girl who loves the Ramones and is handy with a blast of pepper spray. Brian faces a deadly path, but reading all those spy novels has taught him a few tricks of the trade. They just might save his life.

I think the reason I picked this excerpt is the final, chapter-ending paragraph. It's a fairly blatant emulation of Ian Fleming, but I think I pulled it off.

Exhausted from two getaways in one morning, Brian fell asleep as soon as the train left the station. He awoke six hours later in time to watch the sun sink into the Mediterranean, a circle of orange melting into wine-red ripples. He went into the bathroom and changed into a pair of olive drab cargo shorts and a black polo shirt. His left shoulder was still a deep purple, but with fewer black highlights. Brian returned to his seat and spent the remaining two hours of the trip reading about Toulouse and studying the maps.
By the time he arrived in Toulouse, Brian had learned that its train station was separated from the central city by the Canal du Midi, the man-made waterway that connected the Mediterranean to the Atlantic Ocean. Stepping outside the station, Brian saw the downtown lights half a mile away. He took the nearest bridge over the canal and then spent the next fifteen minutes crisscrossing streets and doubling back on himself to make sure he hadn’t picked up another tail. Satisfied no one was following, Brian hailed a taxi in front of a hotel and showed DeJonge’s address to the driver.
The cab headed south, which didn’t surprise Brian. Université Paul Sabatier was south of the city. As the cab entered residential neighborhoods, Brian hoped his ordeal would be ending soon, that he would reach Eduoard DeJonge in time and that the professor would arrange for his protection. The driver told him they had reached DeJonge’s street. Several vehicles were parked along the curb, including a dark red van. Brian imagined he saw the orange pinprick of a lit cigarette glow briefly behind the van’s windshield. The cab pulled up outside a small two-story house on a street crowded with similar homes. Brian looked at his Batman watch as the cab pulled away. It was 9:27. “Gotham Standard Time,” he murmured to himself.
Brian doubted the professor typically received foreign visitors this late, but what could he do about it now? He rang the bell, hoping the door led to his safety.


The door opened, and there, wearing blue jeans and a Ramones T-shirt, was the most beautiful girl Brian had ever seen.

Jeffrey Westhoff grew up in Erie, Pa., and became a James Bond fan at age 13 when I saw "The Spy Who Loved Me." I studied journalism at Marquette University in Milwaukee and worked various positions at newspapers, including a 25-year run as a film critic. I have been a freelance writer the last few years and live in Chicago's northwest suburbs with my wife, Jeanette.
Posted by CA Verstraete at 12:00 AM