Today's featured Christmas Read is the police thriller, Beyond Blue 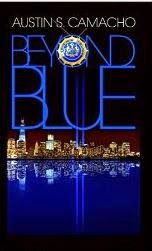 Beyond Blue is a detective novel about a privately funded detective agency whose only purpose is to help police officers who are in trouble.  The novel follows four of the agency’s cases, which overlap and intersect: An undercover officer is in danger of really being drawn into a life of crime, a crooked lawyer is destroying police careers by making arresting officers appear to have violated criminals’ rights, a cop’s wife accuses him of abusing their daughter, and a retired police detective who is now in charge of airport security could lose his job because of drugs being smuggled in through JFK International.  Pursuing these cases is a team of unique and intriguing detectives.

The agency’s director, the enigmatic Paul Gorman, sits at the center of the action, pulling the strings to direct all of his detectives to solve their cases and cover each other.

The concept is held together by Paul Gorman’s mission statement: “Those sworn to protect us sometimes need protection themselves.  To defend the boys in blue when they are in danger, sometimes you have to go beyond blue.”


Don't you think this is a little  extreme, sugar?" she asked him.  "I mean, I been stuck in this house for two days.  But then, so have you.  Ain't you feeling a little cabin fever?"

To her surprise, this solicited a small smile from the Peruvian terrorist.  Perhaps he was reachable.  He didn't move when Ruby walked toward him.  He was her height, mildly handsome, and quietly muscular the way the best fighters are.

"Look, how about you open the door while I stand way back here?" Ruby asked, adding a little silk to her normally squeaky tones.  "That way I could at least see the outside."

"My Lordy Lord, he can talk!"  Ruby flashed him her most brilliant, heart-stopping smile.  "Come on now.  We can work something out here, can't we?"

The guard shook his head, but he looked a little uncomfortable, like he didn't know what to do with his hands.  Ruby raised her own left hand toward him causing him to flinch.

"Oh, now, I won't hurt you, honey," Ruby said.  "You're too cute."  His smile grew by a couple of degrees, and she took that as permission to continue.  Very gently, Ruby drew her hand down the man's cheek, inhaling as if it were a special thrill for her.

The guard was a little off balance, but he didn't react as if he were threatened in any way.  In fact, he winked at her.  No, his right eye was blinking.  He reached up to rub it.

"What's the matter, sugar?"  Ruby asked.  "Something in your eye?"  Maintaining a non-threatening tone she reached up again, cradling his cheek in her right hand while rubbing her thumb across his left eye as if to clear it.

"Ahhh!" It was a low howl of pain.  The guard bent almost double, covering his face with his hands.  He didn't know why, but of course, Ruby did.  Capsicum, it's called.  The active ingredient in pepper spray is the same chemical that makes your eyes water and your nose run when you bite into a real hot pepper.  Good cooks learn very quickly not to touch their faces after dicing those peppers.  To do so can subject a person to a paralyzing burst of intense pain.  By not washing her hands after preparing dinner, Ruby had armed herself with a homemade chemical weapon.  It was not a weapon of mass destruction, but it was powerful enough to buy her the three seconds she needed. 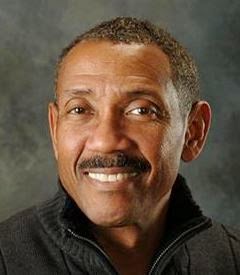 Austin S. Camacho is the author of five novels in the Hannibal Jones Mystery Series (including The Troubleshooter, Blood and Bone, Collateral Damage, Damaged Goods and Russian Roulette) and four in the Stark and O’Brien adventure series (The Payback Assignment, The Orion Assignment, The Piranha Assignment, and The Ice Woman Assignment) and the detective novel Beyond Blue.

After leaving the Army he continued to write military news for the Defense Department as a civilian. Today he handles media relations for DoD and writes articles for military newspapers and magazines. He is also deeply involved with the writing community. He is a past president of the Maryland Writers Association, past Vice President of the Virginia Writers Club, and is an active member of Mystery Writers of America, International Thriller Writers and Sisters in Crime. The Camacho family has settled in Upper Marlboro, MD with Princess the Wonder Cat and their dog, The Mighty Mocha.
Posted by CA Verstraete at 12:00 AM