, is from author Jean Rabe, co-written with Gene DeWeese. 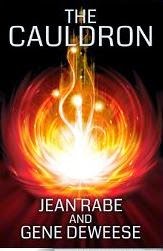 The sight of the woman’s angry, tear-streaked face emerging from the mist wrenched a painful gasp from him… If he could remember her name, then surely everything else would fall into place.

But those names, appearing soundlessly in Carl Johnson’s cowering mind meant nothing to him except that they triggered waves of panic and sadness.

The line between life and death, the present and the past, becomes so transparent to Carl that his world is a miasma of memories bordering on madness. But he must make sense of it all if he is to save the world.

(The print version is coming out soon for supporters of the first version Kickstarter. A new version will be coming out in print and ebook. Details to come.)

The book once called Mnemorphosis

There’s a spaceship inside, aliens, an elephant, and the Civil War . . . oh, and a love story, too. How wonderful is that?
Not in a million light years would I have thought to combine those elements into a science fiction novel.
In fact, I wouldn’t have thought to attempt this book. Well . . . I did write it, you can see my name on the cover illustration. I mostly write fantasy, and I dabble in urban fantasy and modern-day adventure yarns. I love to read science fiction, but I haven’t written a lot of it.
So how did I end up writing what I consider an amazing book?
Gene DeWeese called me one day some years back.
Gene was one of my writer-buddies and at the time (‘cause I used to live in Kenosha, WI) a fellow Cheesehead. I’d met him many years ago when we both wrote books for TSR (he, Ravenloft, me, Dragonlance). I had read his books even years before that, and I’d invited him to a lot of the anthologies I edited. Gene wrote just about anything . . . contemporary, fantasy, horror, and science fiction. And he wrote all of it well. He was a New York Times Bestselling author, and he was known for his Star Trek novels.
Gene had a novel fragment in his computer that had been vexing him. Its working title was called Mnemorphosis, but it didn’t sit well with him, as he thought readers wouldn’t pick it up. He wanted to turn that fragment into a full novel, but he didn’t seem up to finishing it on his own. He asked if I’d like to tackle the project.
Dear God yes!
Although I usually work alone, I’d collaborated with Andre Norton and John Helfers, and had great fun doing so.
Working with Gene DeWeese was a dream. He had such an incredible imagination . . . hence the elephant and the Civil War. And he had such an elegant, beautiful, gentle soul. I cherished every day I spent working on The Cauldron, and every phone conversation and e-mail I shared with him. I wanted to get the book “just right,” just the way he’d envisioned it. And I managed to weave my own elements and side-trips in it too. Part of it is set in Wisconsin (familiar to both of us) and Indiana (where I’d lived for a time when I was a news reporter and he’d lived many years ago). So it was a perfect coauthor pairing.
The endeavor wasn’t without its difficulties. Gene was suffering with a form of dementia (and was well aware of it; he’d lament to me about things he couldn’t recall and memories that had been scattered to the winds). The disease claimed him before he could see The Cauldron in print. I’d like to think that his scattered thoughts helped make The Cauldron so wonderful. When you read it, you’ll see how so many disparate elements combine to tell one story.

“THE CAULDRON is a stunning effort, aglow with interesting venues and incidents, and three characters I wish I knew personally. A fine job by Ms. Rabe and the late Mr. DeWeese.”
– Mike Resnick, five-time Hugo Award winner

“THE CAULDRON is a gripping, fascinating journey through what seems at first like one man’s nightmare—impossibly far-fetched yet eerily plausible. I couldn’t stop reading until it was done. Wow, what a book!”
– Ed Greenwood, creator of The Forgotten Realms

The sight of the woman’s angry, tear-streaked face emerging from the mist wrenched a painful gasp from him.
“I’m sorry,” he managed, not knowing why or how he spoke, or who this guilt-inspiring stranger was. Her name, he thought abruptly. If he could remember her name, then surely everything else would fall into place.
Shelly?
Ellen?
Sarah?
But those names, appearing soundlessly in his cowering mind meant nothing to him except that they triggered waves of panic and sadness.
“At least stop lying to me,” the woman said abruptly. “You could at least do that much.”
Unfamiliar faces and shapes and colors crowded around her then retreated.
“I would if I could,” he heard himself say, the words emerging haltingly in an accent and a voice that were surely not his own.
“Will you ever come back?” she shouted through motionless lips. “Will you—”
The rest of her words were driven from his mind as her features changed. Not just her expression, but the features themselves. Her lips became fuller; her cheekbones rose. Tiny crows’ feet appeared around oval eyes that had already shifted color, from pale brown to sparkling green, as if they could be any shade she—or he?—desired. Tendrils of gray escaped a tightly wound bun of once-black hair that had, moments before, been shoulder-length and reddish brown.
“I don’t want to go!” This time the words came in his strangled voice. His throat was tight, as if the mist had become suffocating, congealed and invaded his lungs with a cargo of death. “You have to realize that. I want—”
“Then don’t go,” she said, reaching out to him. “Stay here with me, forever. You can!” Her anger was now as strong in her voice as it had been in her eyes.
But as her fingers—short and work-worn, where moments before they had been long and slender—touched his arm, he knew with utter certainty that the choice was not his to make.
Not yet.
But if the two of them could work together . . .
Hope surged. He knew he possessed great mental strength. And somehow he knew she did too. If only they could pool their knowledge and abilities . . . .
But he didn’t even know her name, nor if she really existed anywhere but in the shards of his own shattered memories and in this mist. This dream or nightmare.
Once again he fought to grasp the recollections as they spun around him like leaves in a rising storm.
Shelly? Ellen? Sarah?
Only the pressure of her touch remained, and even that was just for a jagged moment longer. The sensation faded as his own body seemed to literally dissolve until he was little more solid than the fog itself.
A shadow in an ocean of mist.
What is happening? Where am I? 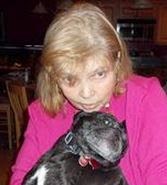 Jean Rabe is the author of 30 fantasy, adventure, and mystery novels, a heap of short stories, and has edited a few dozen anthologies. She shares her office with three dogs and a cantankerous parrot. Visit her at www.jeanrabe.com.