Christmas Reads: The Girl they Sold to the Moon

Today starts a series of some great Christmas reading suggestions from some of my author friends.

Take a peek into the pages of various books, from horror to thriller, mystery, zombie and more. Who knows what you might find for your Christmas stocking this year! 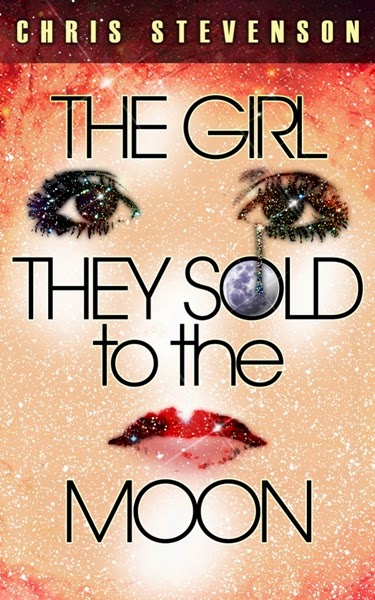 
Eighteen-year-old Tilly Breedlove’s father has sold her into a form of modern day slavery on Luna—the Tranquility Harbor Mining Company, 240,000 miles from home. Forced to be an exotic dancer, she performs risqué shows for the filthy and filthy rich ore miners--a far cry from her classical and modern dance training. If she isn't resisting obscene advances from bearded “Prairie Dogs”, she's fending off jealous head-liner acts who view her as a threat to their status.

Stevenson says, "I fell in love with the premise of this book because it was so different and hadn't been used before. The idea, that in a distressed future, heads of household could pawn family members just seemed so bizarre and ironic to me. It's not quite the slave trade of the sex slave market--it's a sanctioned process backed and affirmed by the government. I like the excerpt because it delivers a shock right up front, indication what the main character has in store for her and how her world and environment will literally change."

Frampton gagged, and then spit in a cup.  He wiped his mouth on his suit sleeve, a sleeve apparently stained multiple times from the same disgusting habit.  “Your dossier indicates an entertainment position,” he said.  “Probably dancing for the Prairie Dogs…and I’m not supposed to tell you that.”
Dancing  for the Prairie Dogs. Dancing, as in strutting around naked and wobbling my bare body parts for men like you? Then she thought about what men like Framptom could do to her or want to do to her with such a job.  But where were the Prairie Dogs?
“You mean out in the mid-west?” she tried.
Frampton chuckled.  The security guard coughed.
Frampton cleared his throat.  “Prairie Dogs are miners—diggers.  That’s what they call them at Tranquility Harbor, anyway.”
She swallowed hard.  “Is that anywhere near Long Island?  Or maybe New York?”
Frampton blinked.  “You’re about two hundred and forty thousand miles off, Sunshine.”
Tilly did some swift mental calculations then stiffened.  “You’re not talking about the Moon settlement.  Not the Moon!”  Now she knew who the Prairie Dogs were--just the type of men that would take advantage of her.
“That’s the place, Sunshine.  You’ll be just one more hamster in the giant Habitrail.”
She would not be singing in a choir or dancing in a stage play.  They were shipping her off to the Moon, to dance for men that never shaved, showered, or spoke a sentence without using a cuss word.  She had a girlfriend who’d told her that her mother had said that the miners were all a bunch of thugs.  She thought it incredible that they would put a teenage female in harms way like that.  Thugs.  If things got out of hand, she vowed to open up the first pressure hatch she found and step outside.
“It’s not so bad,” said Frampton.  “Those hard-working brutes could use a cute little cheerleader like you to brighten their day.  I know I’d love it.”
She felt bile rise in her throat.  Then she began to make high-pitched wheezing noises.  She always did that before she vomited. 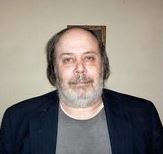 Chris Stevenson, originally born and raised on the beaches of southern California, moved to Sylvania, Alabama in 2009 and settled in with his twin sister. His occupations have included newspaper reporter, front-line mechanic and federal police officer. He has been writing off and on for 36 years, having officially published books beginning in 1988. Today he writes science fiction, fantasy, paranormal romance, young adult, adult thrillers and horror. He has a total of nine titles appearing on Amazon. His latest YA near-future tale, The Girl They Sold to the Moon, took the grand prize in a publisher's novel writing contest and garnered six offers of publication.
Posted by CA Verstraete at 12:00 AM