Today's featured Christmas Read is a sci fi-fantasy, The Case of the Werewolf Puppy (The Warlock Case Files Book 2) 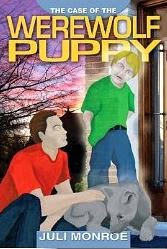 I've said it before. It's tough being a gay warlock in Washington D.C. And hanging out with my vampire buddy hasn't made it any easier. A tentacled demon killing people near the Washington Monument followed by a naked werewolf puppy on my doorstep? Really? This isn't something the local pound can take care of, so once again it was on me to figure it out.

Sure, the vampire helped me out a bit, but hey, you all know who the real hero of this story is, right? 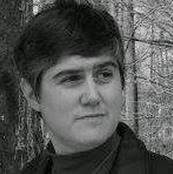 When I write, I usually start with a “what if”? My “what if” for this book was “What if my main character came home at dawn, saw a puppy in front of his apartment, and that puppy turned into a little boy.”

I love this particular excerpt because it’s the beginning of a scene that wasn’t supposed to happen until the next book in the series. Paul, my vampire character, had different ideas, and he said something unexpected, which led to here. It’s still one of my favorite scenes in the series.

The set-up is that Paul needs Dafydd's help reading the aura of some of the vampires. This scene actually has little to do with the book it’s in, but it’s foreshadowing for the next book in the series.

Paul and I entered the lounge, and a burly gentleman at the door checked our IDs. I glanced around, trying to keep the two parts of my sight (aura and human) separate for a moment. I wanted to get a feel for it as a physical place before I "looked" at it with my other senses.

It was a nice enough place. The bar was circular and large, with three bartenders busy serving the crowded front area. Small tables and round chairs dotted the room. Three big screen TVs dominated the far wall, tuned to sports channels and news. Loud music hammered through speakers. Mostly 90s rock. Not quite my taste. I was more into dance and electric.

The color theme was red, which I thought explained the attraction to the vampire crowd. Lighting was dim enough to be comfortable while still allowing you to see. And, trust me, there was plenty to see.

I immediately recognized I was in the presence of a group of predators. Mostly they seemed to be restraining themselves, but I saw the occasional flash of overly long fangs. Women prowled by in flowing dresses, except for the ones in skin–tight clingy black things. The men ranged from formal wear to jeans and t–shirts. Not surprisingly, black and red were the dominant colors, though a few were daring in blue or deep purple.

That was just the colors of the clothes. When I looked at their auras, I saw even more. A dark, vibrant green flashed from the aura of a male vampire, arguing with another. A female vampire, her expression smug, looked on, her aura shifting between an unwholesome red and a sickly green–yellow. Near the bar, another vampire’s aura caught my eye. It was shot through with purple and blue, and I guessed he was young and not yet completely lost to evil. Or he was like Paul and didn’t completely embrace everything about the vampire lifestyle.

Paul nudged me down the short flight of stairs to the front room. "What do you think?" he asked, his voice pitched low.

"How can the humans here fool themselves into thinking this is normal? Can’t they feel the atmosphere here? I mean, even without aura sight, I’d know this place was a hunting ground."

He sighed. "And we’re actually on our best behavior here. You should come by a private meeting some time."

I shuddered. "No offense, but I’d rather not."