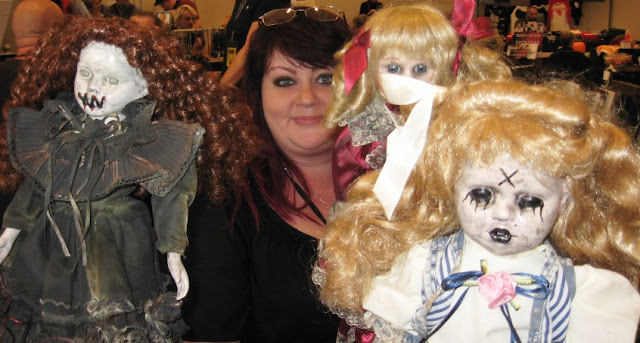 Okay, maybe you're not a doll lover. I like dolls myself, but I know that some can be rather, um... creepy... 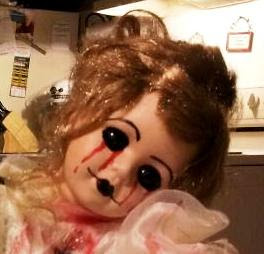 Well, Wisconsin artisan Kelly Goetzke has the answer. She makes her dolls intentionally scary--in a good way, of course!

A horror makeup artist and hairstylist by trade, Goetzke has been giving old dolls "new" life as undead dolls for the past five years with her business, Dollface, Inc. The dolls, which she describes as "meant to mirror your darkest fears," range in price from $20 to $75. 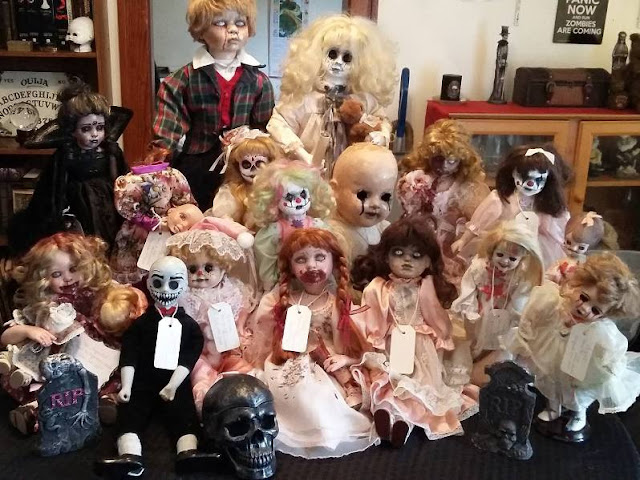 Kelly's passion for creating her unique dolls began innocently enough, sparked by her own collecting interests.

"I collected a very popular series of horror dolls that over the years went up in price," she says. "Even though the prices were going up the quality wasn't.  I figured, you know what? I can make these myself cheaper. It wasn't shortly after that that some friends offered me money to make them one and Dollface was born." 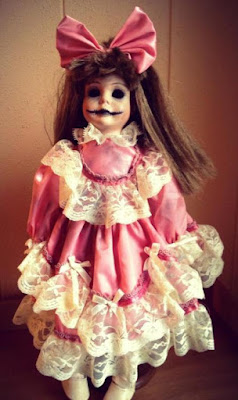 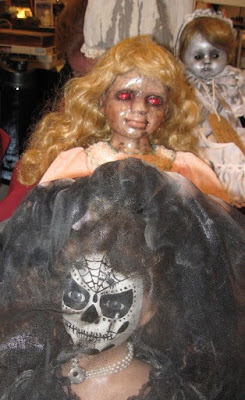 Pretty in Pink -- A Terrifying Trio

The dolls come to her from friends and clients from the salon or she finds many at local thrift shops. Then via her makeup and paint magic, the dolls become something from your nightmares. A little crackling, maybe even some cracking and some acrylic paint, and voila! It can take anywhere from four to six hours to transform them from once-innocent playthings, into... well, you decide. 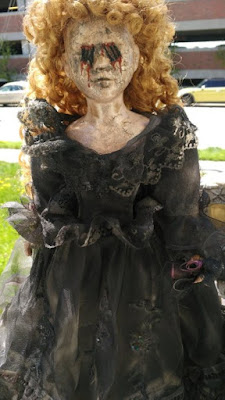 In refashioning the dolls, Goetzke finds herself inspired by her love of horror, which includes watching The Walking Dead or Supernatural and horror movies, which she admits give her nightmares. Not that she's going to quit watching anytime soon, of course. She also enjoys reading books by Stephen King and Clive Barker. 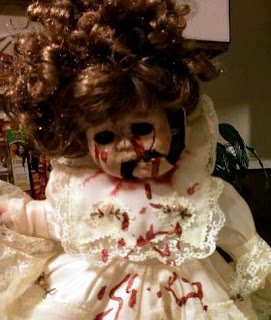 "I watch a lot of horror movies and in turn have a lot of nightmares," she admits. "I write them down and that gives me my ideas. Horror makes me happy. The love of horror was something I  shared with my father and brother, both of them gone now, so it allows me to feel closer to them."

The best part? Creating the dolls, she says, is "a type of therapy for me. Rough day? I unwind in the creative process."

Oh, and lest you think her zombified dolls are for girls or for kids only...

"My claim to fame is that I've actually sold a doll to Norman Reedus from The Walking Dead as well as Jim Beaver from Supernatural," she says. "Both the highlight of my career!" 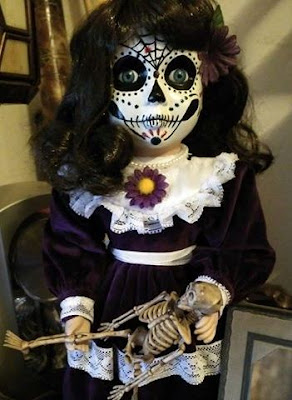 Here's looking at you, kid!
--http://girlzombieauthors.blogspot.com