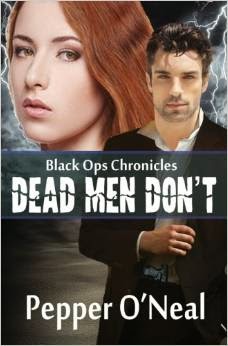 Anderson Merritt’s been kidnapped, but when a stranger comes to rescue her, she isn’t sure he is who he says he is. He claims to work her father’s boss. But someone close to Andi set her up, and now she doesn’t know who to trust. Every man she’s ever known has seen her only as a tool to get to her father or his money, so why should this one be any different? When a new threat appears, and even the CIA can’t help him keep Andi safe,  ex-Black Ops specialist Levi Komakov puts everything on the line—but will it be enough?

Inspiration? What’s That?
By Pepper O'Neal

I am often asked what inspired the story of a book, or where such inspiration came from. The fact is that the stories comes from the characters, people I’ve met and the stories they’ve told me. I’ve lived an interesting life and met some fascinating people, people with amazing, real-life stories to tell. My characters are often based on these people, most of who know from the start that they are going to be in my books. Most are flattered and, so far, none have complained. And, let’s face it, I seriously doubt that my own imagination could come up with better characters—or stories. Besides, writing fictitious tales about people I know and love makes them seem closer so I don’t miss them so much now that I don’t see them much anymore. And since my life has never been half as exciting as theirs (thank God), I borrow shamelessly from their experiences to write my fiction.

For instance, let’s take Levi, the hero of my new book that comes out on June 28th, Black Ops Chronicles: Dead Men Don’t. His counterpart is one of my best friends. He’s fun, smart, clever, extremely confident, and very, very observant. He has that dry British sense of humor, that is so subtle it doesn’t always hit you until later, and is also a master of understatement. The British usually are. Like when the motor mounts on our vehicle broke, shoving the engine into the radiator, and left all six of us stranded on the side of the road, miles from nowhere with no help in sight, Levi said, “Well, this is a bit inconvenient.” Then he fixed it himself with a little chewing gum, wire ties, and duct tape (well, not quite, but almost), so we could limp to our destination. MacGyver has nothing on this guy!

I met Levi while working for an educational research firm based out of Mexico City, studying the effects of illiteracy on third world countries. Levi is ex-British SAS and ex-CIA (don’t ask me how that worked, he never said) and is one of the most honorable men I have ever met. He told me some absolutely amazing stories. If I hadn’t known him, and known how honest a man he is, I doubt I would have believed most of them. He would tell me stories of hair-raising escapes and heart-stopping adventures in a such a calm, laid-back manner, that if I wasn’t careful, I’d miss the scope of how dangerous his former life really was. And he always acted like this was all just in a day’s work. As if he was saying, “Okay, yeah, I guess the mission was a bit on the dangerous side, and I almost got killed several times a day, but, hey, I survived and accomplished the mission, so it’s all good.” Did I mention he’s a master of understatement?

And he has the most incredible blue eyes. Ice blue—a pale, clear, cool blue that I have never seen on another person before or since. They seem to look right through a person. And they missed nothing. I have never met anyone so observant. I learned a great deal from Levi that I still use in my life today—as well as in my stories. J

When I wrote the first book in my Black Ops Chronicles series, Dead Run, I didn’t cast Levi as the main character. I hadn’t intended to use him as a character in my books at all, partly because he’s one of my best friends—and anyone who knows me really well would recognize him, not that he cares—and partly because he’s pretty amazing, and unless they met him, most people likely wouldn’t believe he’s real. But when I needed a character for the trouble shooter for my mob boss, Levi fit so perfectly that I couldn’t resist. When I told him what I’d done, he laughed. “Now, that’s one job I haven’t done, luv. Maybe I should try it.”

He’d be good at it, I’m sure. Just like he is at everything else. And he’d do it with a shrug and a grin. Just like he does everything else. You’d love this guy, just like I do, and I wanted to give everyone a chance to have a little bit of him in their lives. I know he would laugh and disagree with my assessment, but he really is amazing.


Award-winning author, Pepper O’Neal is a researcher, a writer, and an adrenalin junkie. She has a doctorate in education and spent several years in Mexico and the Caribbean working as researcher for an educational resource firm based out of Mexico City. During that time, she met and befriended many adventurers like herself, including former CIA officers and members of organized crime. Her fiction is heavily influenced by the stories they shared with her, as well her own experiences abroad.

O’Neal attributes both her love of adventure and her compulsion to write fiction to her Irish and Cherokee ancestors. When she’s not at her computer, O’Neal spends her time taking long walks in the forests near her home or playing with her three cats. And of course, planning the next adventure. 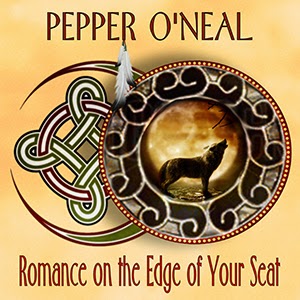