Blogging A to Z: #Zombies of course!

Today is the Letter Z for Zombies in the A to Z Blog Challenge!

Thank you for stopping by all month.
Keep coming back for book release and other news!! 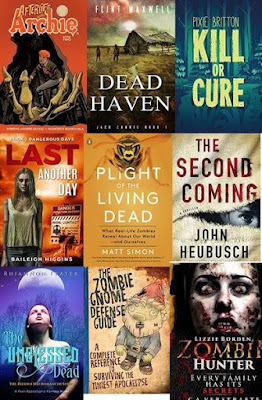 * And I wanted to share my new releases! (I adore the covers!) 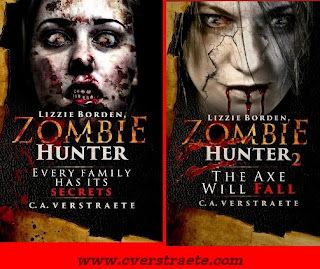 Lizzie Borden, Zombie Hunter 2: The Axe Will Fall, C.A. Verstraete - (Pre-Order, releases May 14) Lizzie Borden is back& she's swinging her axe again.  Lizzie thought the horrors were over, but her zombie nightmare has just begun! This time her sister Emma is a pawn- can Lizzie overcome her personal demons and the rampaging monsters - no matter the cost? (Does contain spoilers if you haven't read the first book.)

Lizzie Borden, Zombie Hunter, C.A. Verstraete - (Sale! 99 cents! Pre-Order, Releases May 10)  Every family has its secrets…
One hot August morning in 1892, Lizzie Borden picked up an axe and murdered her father and stepmother. Newspapers claim she did it for the oldest of reasons: family conflicts, jealousy and greed. But what if her parents were already dead? What if Lizzie slaughtered them because they’d become… zombies?

Dead Haven, (Jack Zombie Book 1), Flint Maxwell - Jack Jupiter knows zombies having written about them for years. But when he goes home to attend his mother's funeral, he finds these aren't zombies from this books. These are real.

Kill or Cure, Pixie Britton - Teen love and loss in a dystopian world. In a race against time, Alyx and her best friend will stop at nothing to protect her little brother infected with a mystery flu virus - even from the same people who vowed to protect them all. 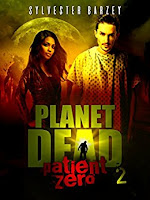 Last Another Day, (Dangerous Days Zombie Apocalypse Book 1), Baileigh Higgins - As living nightmares walk the streets in the shape of their loved ones' bodies,  humanity rests in the hands of ordinary people called to do extraordinary things.

Planet Dead 2: Patient Zero, Sylvester Barzey -   This company party is no party as a mysterious virus gains victims in the Eastman Hotel. It's 17 floors of zombie hell!

Plight of the Living Dead, Matt Simon - Zombies have been around long enough now to be worth scientific analysis. Science journalist Simon offers a look at real-life zombies and mind-controllers. See book 1, Planet Dead. 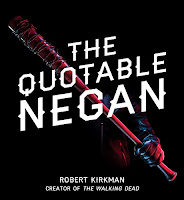 Stories of the Dead: A Tribute to George A. Romero, Duncan P. Bradshaw, David Owain Hughes and others - (Pre-order, releases June 29) Eighteen stories by 10 authors set in the world Romero created. Includes an intro by Romero's son, Cameron.

The Second Coming, (The Shroud Series Book 2), John Heubush - (Pre-order, publishes Aug. 14.)  A fallen angel is mistakenly resurrected from the blood of an evil "Watcher" found on the Shroud of Turin, bringing with it an unstoppable plague. Another child is brought into the world, from DNA believed to be that of Jesus Christ. When the child begins healing others, will he offer a dying world a cure, or a tool to destroy itself as the Watcher's power unfolds? Sequel to The Shroud Conspiracy.

The Unblessed Dead, Rhiannon Frater - First in the Hidden Necromancer series!  - Her mother saved their religious settlement from the unblessed dead by revealing she was a  Necromancer. Now Ilyse Nott fears she is also one. And if she is, her life is over.

The Zombie Gnome Defense Guide, Shaenon K. Garrity - You knew zombies even affected the gnome world, right? Notes of zombie experts including the gardening world.. A study of zombie gnomes and more...

* See all the post links from the month-long Blogging A to Z here.
Posted by CA Verstraete at 12:00 AM