There is an array of zombie movies out there.  Classics, contemporary, gory, art house, cheesy, thought provoking.  You name it, they’ve probably made it.  The only thing they all have in common is the stars:  zombies.  And who doesn’t love a zombie?

There’s no possible way I could watch all the zombie films that have ever been made, but I will be watching quite a few for my research.  Heck, even without having to do research I’ve watched quite a few zombie flicks.  I really enjoy the genre, so it doesn’t take much convincing for me to see one.

I’ve seen some really good films, and some really bad films.  At this point in time, there has been only one zombie movie I’ve never finished, and that was some movie where a fast food chicken place was built over an Indian burial ground and people who ate the chicken were turned into zombies.  I can’t remember the name, but it was horrible!  Horrible, I tell you!  And it has to be pretty bad for me to turn it off.  I watched Strippers vs. Zombies all the way through. 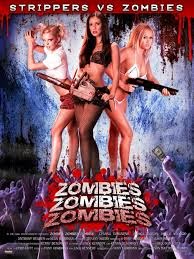 Still, there are some really exceptional zombie films out there, and I have a long list of favorites, including:  all of the Evil Dead films, Dead Snow, World War Z, and, of course, the Romero films, with Night of the Living Dead being my favorite, and Day of the Dead falling in right behind it. 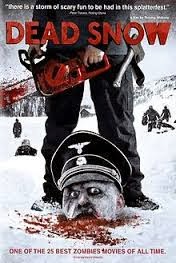 What are some of your favorite zombie films?
Posted by Pembroke Sinclair at 12:00 AM