A to Z Blog Challenge Day 1, It's Alive!

This month we're blogging about all topics - whatever strikes our collective fancy so be sure to stop by and see what's up!

I would also like to share a series of new miniatures and photos on my Candid Canine blog. Better get planning. 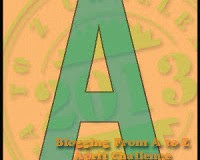 ** For fun, here's a page of  different "Writing Prompts that Don't Suck" that I found. It gave me the idea for story 1 for the Letter A.

Writing Prompt 260- Write a story where the food at a swanky dinner party is or seems to be alive. 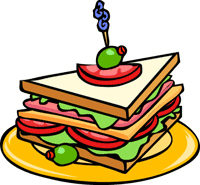 The grill had a rundown appearance, old and gray, tired, like him.
George pulled the worn-out truck into the lot with a sputter and a curse. Didn’t care what the place looked like. He’d been driving for several hours and needed something to eat. He shut off the truck, the engine’s whine replaced by a loud growl from his stomach.
The screen door opened with a creak onto a room that would’ve gotten a Bad Housekeeping seal, if such a thing existed. Puffs of dust rose with each step George took, yet he trudged on. He ignored the nagging voice in back of his head and slid into the dirty, once red vinyl booth.
An old crone, long gray hair hanging over a deeply lined face, shuffled forward. She flung a creased menu on the table. “Coffee?”
He eyed the crusted black decanter in her wrinkled hand and grimaced. “Ugh, no.” Should he chance the water? “Give me a cola.”
The woman left with a grunt, allowing him time to look at the menu. He squinted and tried to make out the faded letters beneath the cracked plastic. What had he got himself into?
The old woman came back and set the dented soda can on the table with a clunk. At least it wasn’t open, he saw, though it probably would taste flat.
“Decide?” the witch asked.
“Um.” He set the menu aside.
“How about the special?” she asked.
“What is it?”
"Today’s Friday. Whatever’s fresh.” She bent closer, sending George leaning back as far as he could to escape her rheumy gaze and foul breath. “Don’t know if I’d trust the rest of the menu.”
“Okay, fine.”
She cackled and shuffled off to the kitchen. “Good, good.”
George tried to see through the filmy window on the door leading to the kitchen, wondering if anyone else was around. He shivered as he popped open the soda can, poured it in the mostly clean glass, and took a swig. It had a brackish, flat taste. It was warm, but drinkable. He took another sip.
The old crone came back and plunked down a plate containing a side salad with wilted green lettuce and black tomatoes, along with a sandwich. The bread, at least, looked better than anything he’d seen so far.
Normally, he wasn’t a fussy eater. Always said he’d eat whatever someone put in front of him. Of course, he never had to eat his words, either.
George lifted the top of the bread and eyed the small animal lying there. It looked like some kind of octopus or other sea creature with grayish skin, big eyes, and a bulbous head. The long tentacles waved at him.
He fingered the bread, pulling back slightly when the creature gripped his finger with the suction cups on one of its tentacled arms or legs. He wasn’t sure which.
Putting the bread back on the sandwich, George started in surprise when his stomach growled.
He lifted the sandwich to his mouth and took a bite. Tentacles flicked out of his mouth. He ignored the stab of pain as the poisons rushed into his system. The uneaten portion of the sandwich flew to the floor as he fell dead on the table.
With a cackle, the crone picked up the tiny creature from the sandwich and carefully put it back in the tank so it could rejuvenate.
She got out the cleaver and donned her apron, whistling as she headed back to the table.    “Tomorrow’s special,” she muttered. “Nice and fresh.”

Email ThisBlogThis!Share to TwitterShare to FacebookShare to Pinterest
Labels: blog A to Z