A to Z Blogging Challenge - R for New #Zombie Reads

* A to Z Blog Challenge  - R for New Zombie Reads*


Since there are a lot of new visitors to the blog, thought I'd share a few new zombie books and stories I've come across or are coming out:

* My writing: I have a  long short story, "Puppy Love & Zombies" coming out in summer or early fall in the YA adventure anthology from Intrigue Publishing.

It features my part-zombie character Becca and her cousin, Carm, from my book, GIRL Z: My Life as a Teenage Zombie.  In the story, Becca has to overcome her fear of dogs when she tries to find a missing German Shepherd puppy and learns other dogs are gone, too. Zombies and a short mystery.


* I also have another story, "Second Chances" coming out soon in the Baby Shoes anthology... A hoarder finds new life after the zombie apocalypse when she helps the most helpless... A "different" twist on zombies! 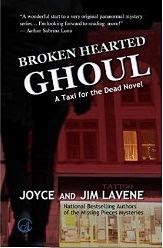 - A different kind of series. I know Joyce and Jim Lavene from their gardening and Renaissance Faire mysteries, but was surprised to find they'd done a zombie series! How did I miss that??

It’s been two years since Skye Mertz agreed to drive Abe’s Taxi for the Dead, transporting his zombie workers back to the man who gave them an additional twenty years of life. She’s raising her daughter, with the help of her ghostly mother-in-law, and keeps looking for what killed her husband the night she died.

Now she has a partner—a housewife working off her zombie husband’s service—and she’s met a sorcerer with amnesia. It shouldn’t be surprising that a broken hearted ghoul, bent on getting revenge, should show up too. After all, there’s no rest for the dead. - Amazon.com

The sequel is: Dead Girl Blues (Taxi for the Dead Book 2)

has 11 new short stories and 11 previously published short stories filling in the gaps, from Nix's journal, and a first script from the Rot & Ruin comic books!

(91 pgs.), Darlene and John have been scattered... can they fight through miles of undead to find one another? Will The Lich Lord destroy what is left of this post apocalyptic world? Will the Main Street compound survive another day? - Amazon.com

Dust of the Dead

- For a while, it looked like the living had won. The war against the walking dead lasted almost a decade, but it’s mostly over. There are only a few straggling zombies left to take care of. Los Angeles has returned to its lattes and long commutes. It’s up to a small Reclamation Crew to clean up the Zoms left behind. But when the undead dry up, their skin turns to dust. Now the hot Santa Ana winds deliver a new threat…because the Zoms were only the beginning of something far worse.
- Amazon.com