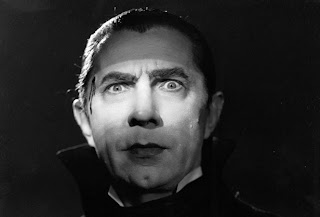 Although I love writing about zombies, I have to admit, there is a very special place in my heart when it comes to vampires. I find them totally fascinating - from the suave and charismatic to the terrifying and grotesque. I just can't get enough of either.

My passion for these alluring creatures-of-the-night began at a fairly young age. I can still remember watching the old black-and-white movies on the edge of my seat,  in breathless anticipation of what would happen next -would the vampire sink his teeth into the leading lady before the hero arrived to save her, or would she be turned into a vampire and become his eternal bride of darkness?

Back in those days, I desperately wanted the hero to save the girl. These days, however, I sometimes find myself rooting for the vampire- they live longer and need someone to share their lives with, too, don't they? It only seems fair as eternity can be a long and lonely road. Of course, there are some vampires that aren't looking for love or romance, their only interest is satisfying their hunger to feed. They don't care if their victim is a voluptuous super-model with cute dimples or an acne-prone Domino's pizza delivery boy, they are out for the rich, succulent taste of human blood, regardless of the package it arrives in. Now, for me, these horrifying, bloodthirsty monsters are also very intriguing, especially the ones in the book that I just read called  The Draculas: A novel of Terror by Jack Kilborn, F. Paul Wilson, and Blake Crouch. Those are the kind of vampires that will take you down without hesitation. They are grotesque, ugly, and have a mouth full of choppers so outrageous, that once their victims become vampires, the teeth grow right through the skin, kind of reminding me of those fish they talk about on the Discovery Channel... 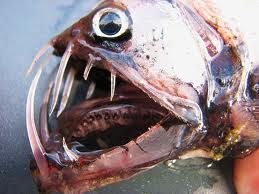 The Draculas: A Novel Of Terror....If you like a chilling, nail-biting type of read, I highly recommend it!

One of the most popular and earliest fictional tales regarding vampires is Bram Stoker's 1897 novel about the vampire, Count Dracula, and his battle with a small group of people led by  Professor Abraham Van Helsing as he tries to move from Transylvania to England. Now, although Stoker didn't invent the vampire, he defined it into a much more modern form, which helped to spawn other books, movies, and television interpretations.  It is also said that Stoker then spent several years researching European folklore and mythological stories of vampires. 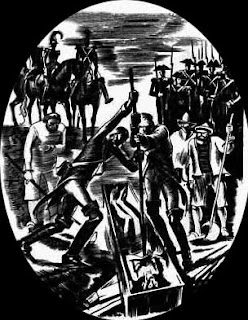 Interestingly enough, however, the very first tales of what was thought to be real vampires date back to prehistoric times, although the term "Vampire" was not used until the eighteenth century, after superstition in Western Europe began to surface, causing mass hysteria. It began with some cases of alleged vampire attacks from Peter Plogojowitz, who died in 1725 in Serbia. After his death, nine people perished, some claiming that Peter had visited them at night. His wife had also claimed to have seen him when he returned home and asked for his shoes. It was also believed that Plogojowitz came back another night and murdered his son after he refused to give him food. Later, when Plogojowitz's body was exhumed, they found that his hair had grown, his body hadn't decomposed, and there was blood on his lips. After finding this, the frantic put a stake through his heart, which caused fresh blood to appear out of his ears and mouth.  Afterwards, they burned the body.

Another similar case was of Arnold Paole of Serbia, who claimed that he'd been inflicted by a vampire, but had cured himself by eating the soil surrounding the vampire's grave and smearing his body with blood. Then, tragically, in 1725 he broke his neck and died. Within thirty days of his death, several people claimed to have been somehow "plagued by Paole" and his grave was opened up. Upon viewing the body, they noticed it had not decomposed, that his nails and hair had grown, and that there was fresh blood coming from his eyes, ears, and mouth. Concluding that he was a vampire, they impaled him with a stake and it was said that Paole groaned and bled before he was also burned. Pretty crazy, right?

Books are wonderful, but hey, to me, nothing beats a bowl of popcorn and a late night watching a horror flick about vampires. Especially, the classics. From the creepy Nosferatu, played by Max Schreck in 1922 or Bela Lugosi's Count Dracula in 1931, to the sexy and alluring guys in Interview With The Vampire, starring Brad Pitt and Tom Cruise in 1994, these creatures of the night have been portrayed in many different lights, although one thing still holds true for all of them - the thirst for blood.

I'm sure everyone has their favorite vampire movie, and I won't bore you into why I prefer one over the other. I will share most my favorites, however, just in case you're looking for something new and haven't seen some of them. Like they say, sharing is caring!

Monster Week -  Creature from the Black Lagoon -  The Mummy - The Thing - Godzilla
Posted by Kristen Middleton / K.L. Middleton at 12:00 AM