Over the weekend, as part of my research, I rewatched White Zombie and watched I Walked With a Zombie for the first time.  They both had their moments.  The stories were interesting and said a lot about the time frame they were made in.

Some of the cuts and transitions in White Zombie were weird.  I’m fairly certain they cut out a part that they didn’t mean to cut out.  Or maybe that just happened when the film was transferred onto Netflix.  The sound had some issues too, but this film was from 1932, I wasn’t expecting perfection. 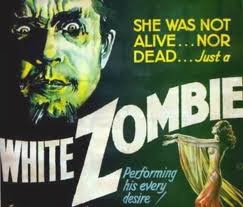 I Walked With a Zombie was fairly interesting.  It amazed me that in 10 years, film quality could improve so much.  Again, the film dealt with Haitian zombies and people being turned against their will. 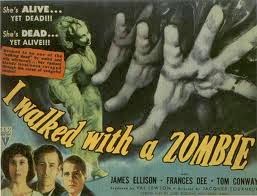 For the research I’m doing, both of these films are incredibly important, but they’re also important for the zombie genre on the whole.  It’s fun to see how zombies evolve through time and how our fears of them change.  If you’ve never seen these movies, I recommend giving them a try.  White Zombie is only an hour long, and I Walked With a Zombie a little over an hour, so you’re not giving up too much of your time. 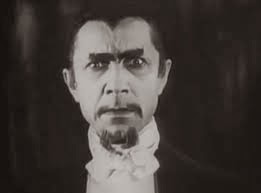 Like I said, I enjoyed them for what they are, and I have a weird crush on Bela Lugosi, but only when he has a goatee!

Posted by Pembroke Sinclair at 12:00 AM