Blogging A to Z  -- X is for EXtraordinary Authors 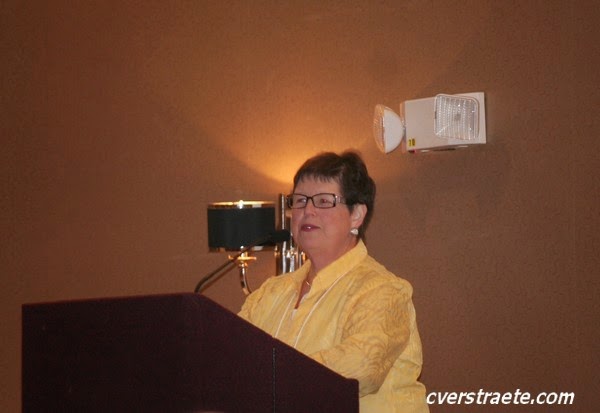 Wow! Some 60 authors and 400 readers with guest speaker and best-selling author Debbie Macomber!! (I'm a fan of her Cedar Cove and Blossom Street series! And now I have an autographed copy of the first book in her new series, The Inn at Rose Harbor (with bonus short story "When First They Met") My friend and I were fortunate to sit at the table with lovely Oklahoma author and New York Times Bestseller Sharon Sala (seven-time Rita finalist and many other awards.) I got her  'Til Death (A Rebel Ridge Novel)

autographed, and am especially intrigued by the beautiful cover of her recently released The Dove (Prophecy Series)

Sala, who is part Cherokee, says she feels a special connection writing her Native American stories (under the name Dinah McCall) and was glad to return to that theme with her latest release, a paranormal story. Of note is the beautiful cover features handsome Native American model/actor Rick Mora, and Sala's beautiful granddaughter, Logan Sala.

(I'm so looking forward to reading this! I love historicals and Native American stories - one of my early favorites was Sacajawea.)

Writers write because they love it, and they especially love talking about their work since, as Sala joked, "Writers are in a lonely business. The only things we talk to are figments of our imagination."  (ha!) 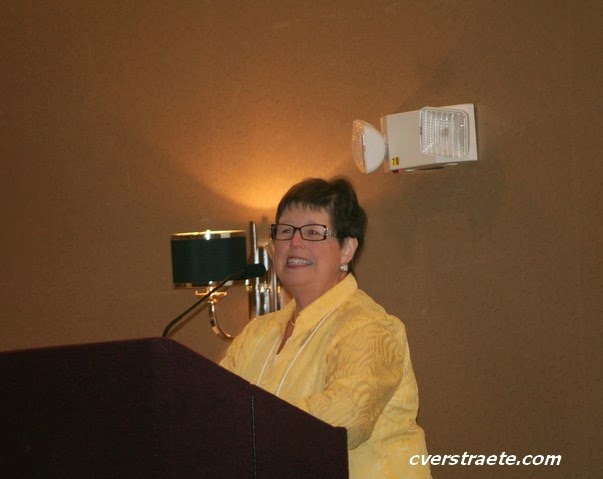 Most writers can be pretty funny. Debbie Macomber  (author of 100 novels with more than 170 million copies in print and  #1 New York Times Bestseller) was no exception, offering a few funny stories and some inspiring writing advice.

She shared that "at four, even then I had an active imagination."  As all she had at the time were Golden Books, she said that when she received her first library book, she was hooked. "From that point forward, I never went to bed without a book," she said.

Most amusing were the snippets of letters she shared from readers (I'm not sure if you can call all of them fans.)  While Macomber admitted she never attended college as she married young, she shared one letter that said: "I like your books because you use small words."

Even better is the letter writer who said, "You're my favorite author. You put me to sleep every night."

"I don't make this stuff up," Macomber added.

And authors should note: apparently you shouldn't consider yourself "having made it" until you get letters from prisoners. "I get at least two to three letters every week from men in prison," she said. (To which Sala agreed, "it's true.")

It's different now, but Macomber knows what it means to almost have to give up and is thankful for her husband Wayne's patient faith in her. She'd been writing 2 1/2 years, she recalled, and he'd been out of work and on unemployment. Things were tight and he told her "I need you to find a job."

"I married young, I had no job skills," Macomber said. "There's no way I could work 40 hours a week, keep up with the kids, with all their activities, and write. I said, 'God you gave me this dream, I'll have to give it back to you.'"

Even selling one of her first small stories for $5, she recalled, was reason to celebrate. Her advice is worth remembering:

"What I tell young authors is when I sold a story for $5, it was validation. Celebrate the small successes. They're little pieces of hope."

"If you want to be an author, the key ingredient is passion.  You have to want this more than anything you've wanted in your life."

Macomber said that while none of her children have shown any interest in writing, her grandson shows promise.

"When his school was vandalized, the first thing he did was write a story," she said. "The last line was 'And when they got out of jail they were too old to play bingo.' I said, 'can grandma use that?' And he said, 'only if you pay me.'"

A couple other books I got (signed) and can't wait to read: 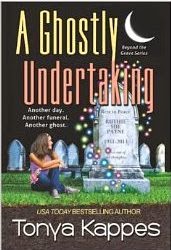 (Sounded like a fun premise - a town undertaker sees ghosts and now tries to solve the murder of a recently deceased client.) (Been watching the show, Resurrection on TV, and hoping they don't spoil it. I thought it'd be longer than five episodes though! Wow, what TV can do for a book. I saw plenty of people buying this.)

(Also looked at these and will borrow them from my friend. Set at the 1893 World's Fair in Chicago and such beautiful covers:) 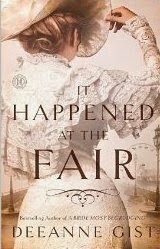 Deanne Gist:
It Happened at the Fair

(Oh! I see on the website it says there are photos of the actual fair in the book. I didn't look at that!) and.... 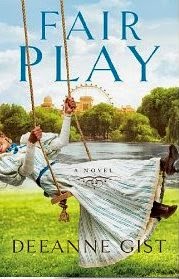 (No wonder I looked at it. On her website she calls it "Dr. Quinn Medicine Woman Meets Walker Texas Ranger." I loved Dr. Quinn and yes, I watched Walker too!)